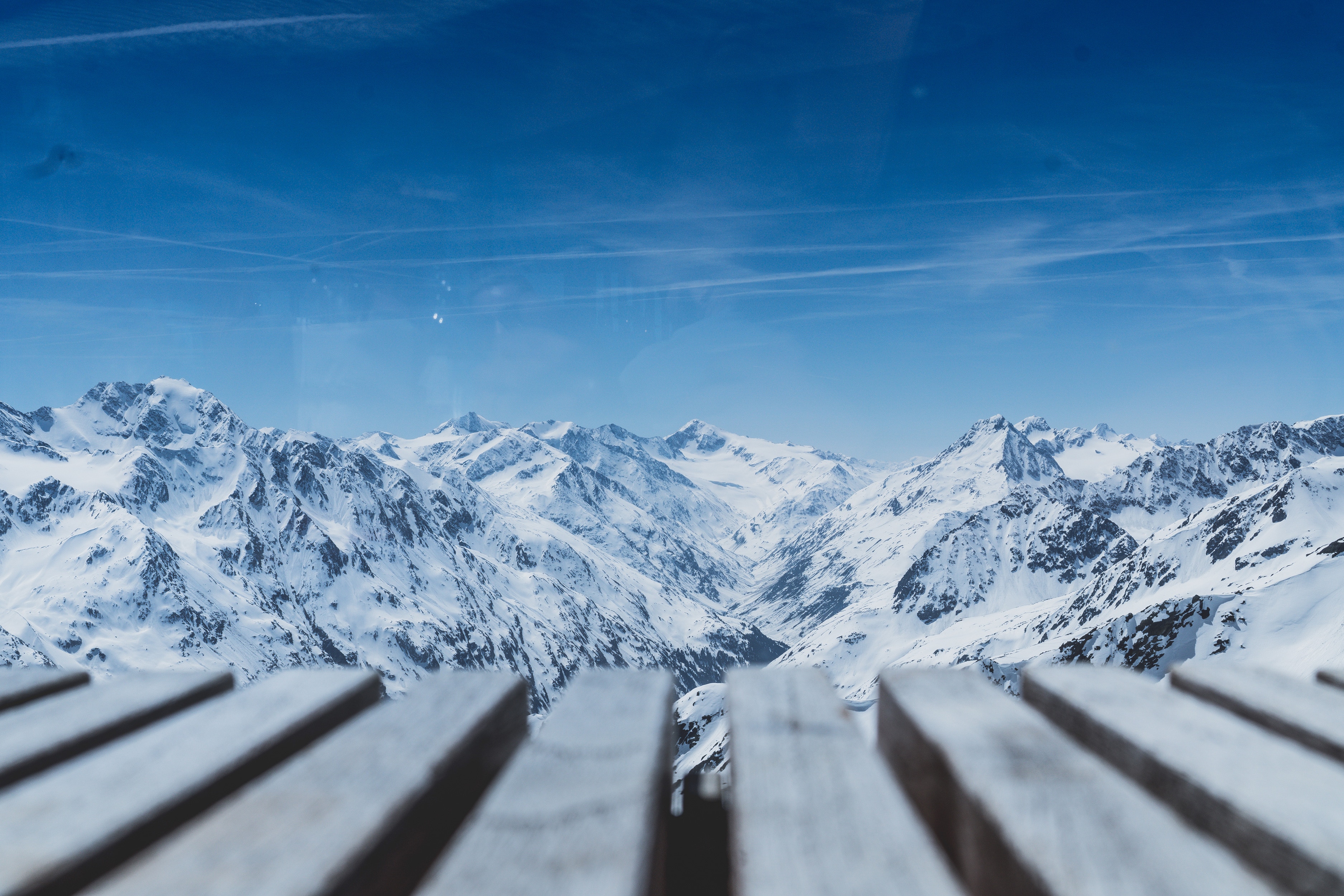 US Treasuries – Massive equity market volatility in December propelled treasuries to their best month of 2018 and pushed them into positive territory for the year. In December, the Federal Reserve hiked interest rates for the 4th time in 2018 and continued to maintain that the political and equity market drama would not deter them from their tightening path. Significant flattening of the yield curve may be further cause for concern in risk markets.

Municipals – Municipals performed strongly in December to close out a very productive quarter. Light supply continues to be a big story and contributed to the price uptick. Municipal performance ranked 2nd among major sectors in 2018, but the sector cheapened slightly versus treasuries in December.

Corporates – Corporate bonds shook off weak performance in the first two months of the quarter to rally back in December. Despite a strong month, the sector experienced a down year for the first time since 2013. In addition, corporate spreads to equivalent Treasuries widened during the month, indicating continued uncertainty for corporate earnings and for the general economic landscape.

Treasuries and municipals both put together a strong December to close out the year with gains as investment grade credits stood out during the Q4 equity market swoon. Treasuries ended as the best performer in 2018 after a 2.8% gain in December, their strongest month since May 2016. High yield and corporates finished the year with negative returns. LQD, the investment grade corporate bond ETF, finished the year down 3.8%, marking the largest annual drop in corporate bonds since 2008. In the final two months of the year Treasuries outperformed high yield more than 6%, providing further evidence of the momentous rotation to high-quality fixed income assets in Q4.

The 10-year Treasury yield continued its tumble from the November 2018 peak, falling 30 basis points during December. For the year, the 10-year rose only 28 basis points, well below the 2018 high of approximately 85 basis points. Undoubtedly, the big contributor to this demand for bonds was continued volatility in the equity markets due to trade concerns and that Federal Reserve tightening could lead to a recession. The 9% drop in the S&P 500 in December – its worst month in 7 years and the worst December since the Great Depression – predictably drove investors to seek safety and dry land as global stocks across the board plunged. As is often the case, Treasuries were a source of protection for investors.

The Federal Reserve continued its path of monetary policy tightening, raising rates for the 4th time in 2018 at their December meeting. This marked the 9th time that the Fed has raised during the current cycle that begin in 2015. Chairman Powell reiterated that monetary policy decisions are based on economic data and that the Fed is undeterred by market activities or threats from the President.  Powell expressed no complaints and sees no changes in the Fed’s $50 billion monthly balance sheet unwinding, saying it has been smooth and running on “auto pilot” as planned. Moreover, FOMC inflation forecasts were lowered, although inflation remains very near the Fed’s 2% target.

With all this in mind, the market still expects the Fed to cool down the speed of its monetary policy tightening. At the December meeting, the Fed reduced their projections from 3 hikes in 2019 to 2. However, Fed funds futures have that projection closer to 1, and possibly 0 for next year.

After significant flattening during the market swoon, Treasury yields continued to dive during December. As shown in the chart above, maturities across the board experienced a significant decline in yields. In fact, the 2-year Treasury yield experienced its biggest monthly decline in a decade. Thus, the 2-10 spread continues to hover around 0.20% at the end of the year, virtually unchanged from the end of November.

A notable development in the Treasury market is the limited movement in the 1-year Treasury yield. The 1-year yield now is higher than all maturities of 2-7 years. Normally, investors expect higher returns in longer-dated bonds to compensate them for the risk of lending money for a longer time period. However, if investors think short-term economic outlook is poor, they may sell-off shorter term bonds in favor of longer-term bonds. This raises the yield on short-term bonds relative to long-term bonds. Thus, an inverted yield curve is often seen as an indicator of a forthcoming recession. Combined with a steadfast Fed, we believe the government shutdown, looming deficit battle and recession concerns are making investors nervous, causing this inversion phenomenon to play out in the Treasury market.

Though not to the same degree as Treasuries, municipal bonds felt the effects of the equity market turmoil and finished 2018 with gains for the second straight year. This is impressive considering that municipals were down 2 of the first 3 quarters.  Maturities across the municipal curve declined in December, with the belly of the curve, 5-10 years, experiencing the largest move down.

Looking ahead, supply dynamics appear to be favorable. 30-day forward supply hit a 2018 low in the final week in December. Additionally, Citigroup projects $21.5 billion of issuance versus $26.3 billion that will mature or be called in January. This doesn’t even incorporate the $15.8 billion received from interest payments. Therefore, Citi believes the municipal market is expecting the so-called “January Effect”, which would be a contrast from historical fundamentals in the municipal market. Historically, January has been a period of flat or marginally positive net issuance, which obviously is not the case this time around. Notwithstanding, municipals have only posted negative returns in January twice in the past decade. Of course, one of those was 2018 when the market was whipsawed by impacts of the federal tax-cut law.

On the demand side, although municipals sustained strong performance throughout the end of the year, mutual fund investors didn’t seem to take an aggressive approach until late in December. According to Lipper US Fund Flows data, after 12 straight weeks of outflows from municipal mutual funds, the streak was broken as $255 million was added during the week ended Wednesday December 19. This was followed by an inflow of $931 million the following week, the most since July.

From a relative value perspective, 1-year municipals curve continue to get increasingly expensive versus Treasuries. The stationary 1-year Treasury we discussed above doesn’t seem to be affecting the municipal market just yet with the 1-year municipal still yielding less than longer dated maturities. In addition, the municipal curve continues to be much steeper, as the 2-10 spread is 32 basis points larger in the municipal market versus the Treasury market. Thus, value in municipals continues to reside on the longer end of the curve for investors willing to extend duration.

Several of the big players in the asset management business project a strong year ahead for municipals.  BlackRock, Oppenheimer, JP Morgan and Goldman Sachs came out with bullish calls on the sector for 2019. BlackRock pointed to the Fed’s reduced outlook for hikes in combination with investors looking for increased tax havens after they see the limits on state and local tax deductions from recent legislation. In addition, JP Morgan and Goldman Sachs specifically pointed to the relative value of municipals versus Treasuries on the long-end of the curve and pent up demand as reasons for strong anticipated performance.

Corporate bonds finally caught some of the benefit of volatility in the equity markets, with yields across the corporate curve falling substantially in December. Despite a strong final month, corporates still finished negative on the year and fell in 7 of 12 months during 2018. Corporates across the entire credit spectrum experienced losses, with junk rated credits suffering a more significant decline. In addition, corporate spreads to Treasuries edged up during the month, as investors continue to find more safety in Treasuries relative to corporates. High grade credit spreads have now reached the highest level since early 2016. On the supply side, investment-grade issuance was the lowest in December since 1995, which may provide support for corporates.

High yield bonds also limped into the close in 2018 finishing with losses for the first time since 2015 and only the 3rd time since 2008. This is not surprising given their typically high correlation to risk assets. US leveraged loan prices also dropped to their lowest level in two years as investor fears about trade wars and corporate profit growth overflowed from corporates and into the loan market. This came after investors pulled money from leveraged loan funds for three straight weeks in December, which collectively totaled the biggest outflow in four years. US leveraged loan issuance is expected to drop next year to about $375 billion versus $400 billion in 2018, which may provide additional support to a market that surprisingly finished with positive returns on the year.

There are several signs that we are entering a late cycle in corporate credit. US corporate debt as a percentage of GDP has surpassed levels during the financial crisis, a harbinger of increasing credit defaults once profits shrink materially. Corporates at the lowest level of investment-grade credit (BBB) continue to slowly make up a larger percentage of the market, as the number approached 50% by the end of the year.  Financing costs are potentially on the rise, input costs are up and companies in the BBB range have been issuing more bonds to fund share buybacks and acquisitions.

Add Altria Group to the list of companies joining the ranks of BBB in December. The company was downgraded for a recent $12.8 billion stake in Juul Labs, a San Francisco based e-cigarette company. S&P global had formerly rated the company A-, but multiple recent acquisitions have brought the tobacco giant’s leverage to nearly three times earnings. Most of the deal is projected to be financed with debt. Altria joins a growing list of companies that have sacrificed credit ratings in pursuit of acquisitions. Investors have voiced concerns that credit rating agencies have provided too much leniency when determining credit ratings after large deals, which often come with significant piles of debt relative to a company’s earnings. However, that is not the case in this situation, and similar ratings cuts in Anheuser-Busch InBev and Japanese pharmaceutical giant Takeda will likely mean that companies will have to get more creative in financing deals, putting forth equity or achieving consolidation without adding leverage.