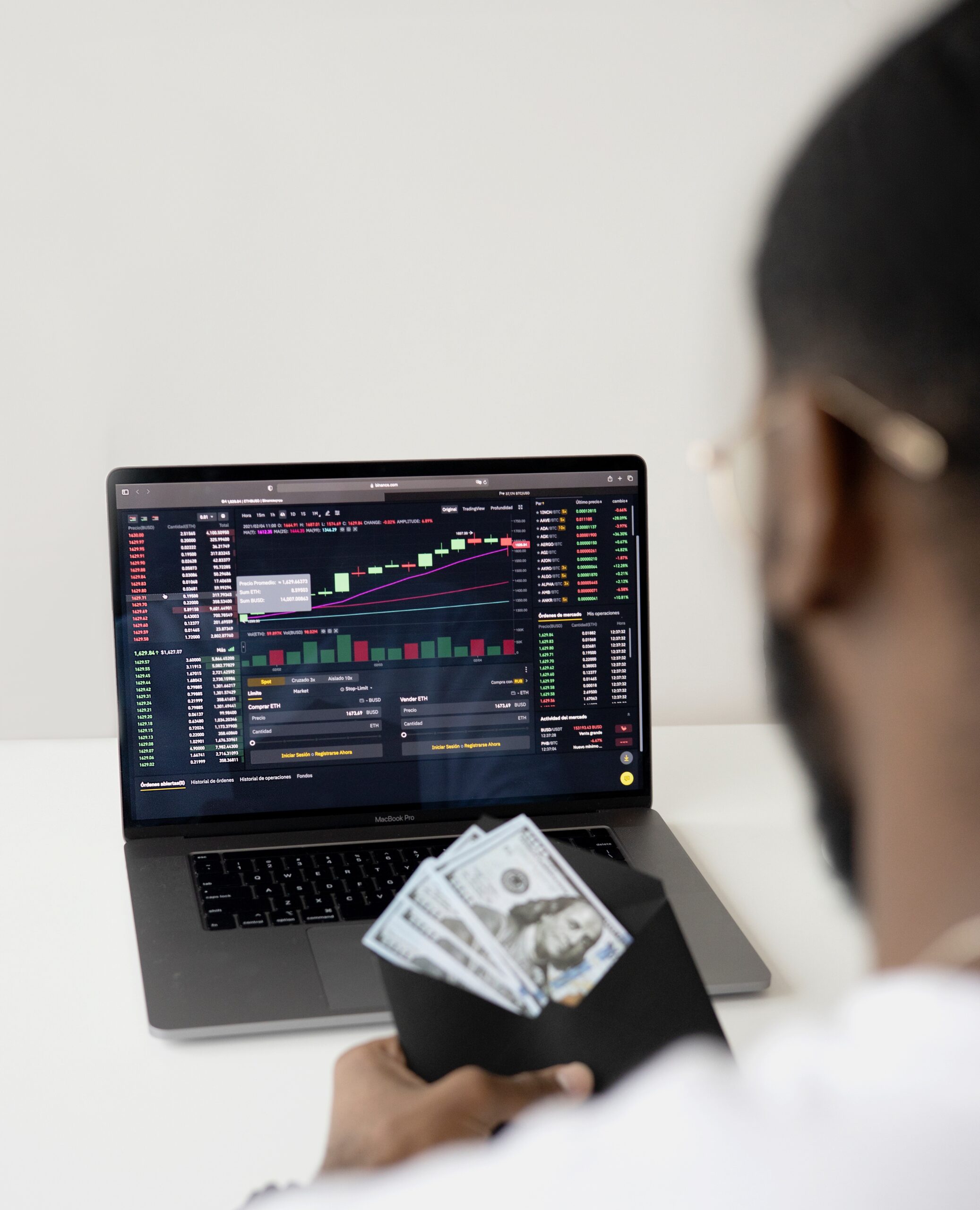 US Treasuries:  Yields on US Treasuries surged in February on positive economic news and growing inflation fears.  The rate increases came mostly in the intermediate and long portion of the yield curve. The slowly reopening economy and the looming passage of the Covid-19 relief bill have fueled the inflation concerns.  The Federal Reserve did not meet in February but Fed Chair Powell’s comments did not deter market expectations for higher long-term interest rates.

Municipals:  Municipals also sold off sharply in February, finally falling victim to the selloff that permeated global fixed income markets.  Municipal yields ratios versus equivalent Treasuries rose off all-time lows.  Despite the decline, investors continued adding money to municipal bond mutual funds, albeit at a slower pace. Investors in this sector are closely watching details of the next stimulus package in the midst of the recovery.

Corporates: Corporate bond prices followed Treasuries down during February.  Corporate bonds responded mostly to concerns over inflation as spreads versus Treasuries did not change significantly.  In fact, spreads on longer-term maturities actually tightened despite the sharp Treasury sell off. We continue to see record issuance in both investment grade and high yield corporate bond markets amid compressed spreads.

US Treasury yields rose sharply in February, reaching four consecutive weekly increases.  This is the longest streak since 2018. Treasury yields rose across the curve, reaching fresh one-year highs in intermediate and longer maturities.  For February, Treasuries declined 2.36% as measured by IEF, the 7-10 Year Treasury ETF. The selloff continues to be fueled by investor concerns about a rise in consumer prices that will spark inflation. Higher interest rates finally became a problem for equities, especially high growth stocks trading at extended valuations. The S&P 500 fell about 4% in the last 2 weeks in February and the tech-heavy NASDAQ  declined 8%.

The Federal Reserve Open Market Committee did not meet in February but comments from Fed Chair Powell have not tempered market expectations for inflation and a further rise in Treasury interest rates. Powell specifically noted that investors are looking at the reopening economy with wide-spread vaccinations, fiscal stimulus, and accommodative monetary policy. He also noted the savings accumulated on consumer balance sheets and pent-up demand, which the committee expects to boost the economy and support equity markets later on in 2021. Nonetheless, the committee has not altered its monetary policy stance, although futures markets slightly pushed forward expectations for the Fed’s next interest rate move into late 2022, earlier than previously projected.

With the Fed’s key policy rate anchored at 0% and mounting confidence in the recovery forcing up longer-term interest rates, the Treasury yield curve continues a distinct trend of steepening. Using the difference between the yield on the 2-year Treasury and 10-year Treasury as a benchmark, the curve steepened from 0.96% to 1.28% in February, a far cry from the yield curve inversion the market first witnessed in August 2019. This is the highest monthly close of this benchmark spread since October 2015. We expect this steepening to continue as monetary and fiscal aid from the Fed and Congress supports the economic recovery.

Municipal bond prices, which had remained solid, sold off sharply in February after a relatively strong January. Investors in this market are more firmly starting to demand higher yields to compensate for the potential erosion of their purchasing power caused by inflation. As a result, municipals declined 1.56% in February, as measured by MUB, the iShares National Municipal Bond ETF.

The financial health of state and local governments is expected to be addressed as part of the stimulus package that Congress is currently contemplating. The most recent package proposal includes nearly $200 billion earmarked to state and local governments to further stimulate an economy that is already shown positive signs of recovery. Bloomberg recently put together an analysis that indicated that state revenue projections were down 3% in 2021 compared with expectations before the pandemic. This decline is a lot smaller than what was originally projected at the beginning of the pandemic in March-April 2020. Nonetheless, credit concerns in unique pockets of the municipal market still exist heading into 2021.

Despite rising interest rates and renewed inflation concerns, investors continued their streak of inflows to municipal bond mutual funds. According to Lipper US fund flows, investors added $831 million to municipal bond mutual funds and ETFs during the last week of February. However, investors still exercised a bit of caution as average weekly inflows for the month were considerably below the $2 billion average weekly inflow the municipal market experienced since the current streak of weekly inflows began in April 2020. This includes the week ending February 17, where inflows totaled approximately $38 million.

After setting an annual record in 2020 with $475.5 billion in issuance, February’s new issuance picked up after a slow January. Specifically, about $33.2 billion in municipal bonds were issued in February after only $26.3 billion in January. Tax-exempt issuances continue to be pre-refunded at a healthy clip which has supported ongoing strength in taxable issuance. Taxable municipal issuance for the first two months of 2021 totaled $18.5 billion which projects to over $100 billion on an annualized basis. This would be the second straight year reaching this level that had not previously been reached since 2010.  In addition, the decline in net-supply on the tax-exempt side has allowed prices to curb declines on a relative basis versus corporates and Treasuries.

Healthy supply coupled with robust demand continues to the overarching theme in the municipal market. This has been the case since the second half of 2020 after significant uncertainty early on in the pandemic. However, inflation concerns caused a notable rise in municipal yields and the municipal yield curve steepened sharply during the month, following along with a similar movement in Treasury yields.

The 10-year AAA benchmark rose from 0.7% to 1.12%, the highest monthly close since April 2020. Similarly, using the difference between the 2-year AAA muni yield and the 10-year muni yield as a benchmark, the municipal yield curve steepened from 0.58% to 0.91%. As municipal yields rose at a faster rate than Treasuries during February, municipal ratios improved off all-time lows that were reached in January. Specifically, 5-year AAA municipal yields increased from 52% to about 78% of 5-year Treasuries and 10-year AAA municipal yields increased from 66% to 80% of the benchmark 10-year Treasury yield. The latter ratio is more aligned with the long-term average of 80-85%, and market activity in February brought municipal valuations closer to historical norms. With tax policy expected to remain in the conversation, we continue to anticipate that municipal valuations will remain elevated unless there is an overwhelming increase in new supply or significant credit pressure in the entire municipal market.

Like the rest of the fixed income market that fell victim to inflation-driven volatility, investment grade corporate bonds were not immune to losses in February. After finishing 2020 as the best performing US fixed income sector, corporate bonds fell sharply and have been the worst performing sector in the first two months of 2021. Corporate bonds dropped 2.26% in February and have declined 4.05% this year as measured by LQD, the iShares Investment Grade Corporate Bond ETF. High yield bonds also declined in February, but to a much lesser extent, as this sector received support from quickly rising commodity prices – specifically oil – which is up over 25% already this year and has topped $60 per barrel.

Credit spreads, the tightening of which drove a significant portion of 2020’s strong performance, are not to blame for the swoon in corporate bonds. Using the 10-year corporate spread as a benchmark, corporate spreads only increased 0.02% in February to bring the total widening in 2021 to about 0.06%. This measure closed 2020 at an all-time low, but has inched higher off that level in the last two months.

The initial distribution of the vaccine has boosted the global economic outlook and improved projections for GDP and corporate earnings later on in 2021. However, similar to Treasuries, the move higher in corporate bond yields has been driven by inflation fears and the concerns that brings, particularly with corporate bond issuance reaching an annual record in 2020 over $2 trillion.

Blue-chip companies are also tapping into investors’ demand for shorter-dated bonds as rising Treasury yields amplify duration-risk concerns. According to Bloomberg, all six new investment grade deals that came to market on February 24 had maturities less than 10-years. Overall, corporate issuance slowed in February from the blistering pace set last year. Per SIFMA, corporations borrowed $148 billion during the month bringing the two month average this year to $164 billion, well below the $190 billion monthly average from 2020. With credit spreads still hugging Treasuries tightly, credit markets seem to be very healthy and the rush to take advantage of these lower borrowing costs could be accelerated by inflation headlines that are currently dominating financial markets. Robust activity can similarly be seen in high yield credit markets, where issuance for January and February averaged $45 billion per month after the average monthly issuance in 2020 totaled $35 billion.