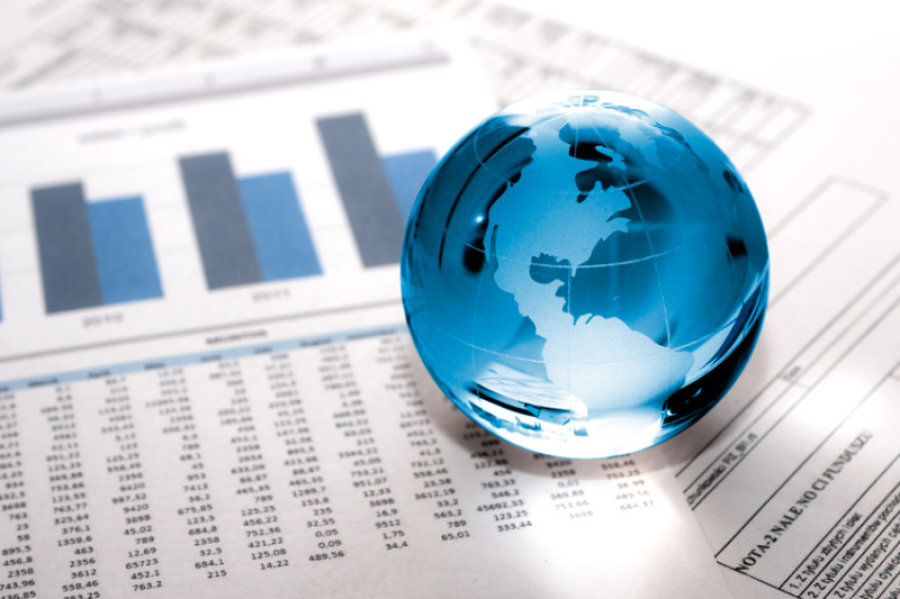 US Treasuries: Financial markets were upended in March, as a global pandemic was declared and the public health situation reached its highest level of uncertainty yet. Entire nations were shut down to prevent the spread of COVID-19, essentially bringing economic activity to a halt. The S&P 500 saw its first bear market since 2008, dropping 34% in about a month’s time. Treasury bond yields of longer maturities reached all-time lows and provided a buffer for investors during the wild market swings. The Federal Reserve initiated 2 emergency interest rate cuts in an effort to stem the volatility and stabilize the plumbing in the financial system. The committee, along with Congress, used every tool in its toolbox which brought temporary calm later in March.

Municipals: Municipal bonds saw their steady streak of positive gains and inflows come to an abrupt end in March. Municipal yields rose sharply and prices fell as investors feared that the lack of economic activity might affect the ability of municipalities to cover their obligations. A significant portion of the Federal Government’s fiscal stimulus is dedicated to state and local governments, but there are pockets of the municipal market that will likely suffer more than others. This substantial movement in yields effectively shut off issuance for a good portion of the month.

Corporates: Corporates and high yield bonds felt the brunt of the selling in March, with the latter feeling extreme pressure from sharply declining oil prices. Spreads widened to their widest level in a decade. With a good portion of the corporate debt market already in the BBB range there could be more pain in this sector. The decline in corporates was softened at the end of March as whispers of the central bank purchasing corporate bonds emerged.

The COVID-19 pandemic caused market fear and volatility to climb to levels not seen before. As in ever. The VIX index, which measures volatility, reached an all-time closing high on March 16, the same day that the S&P 500 fell over 11%. The S&P 500 experienced its worst week since 2008 for the week ending March 20. Treasuries did their job as volatility dampeners, generating returns of over 3%, as measured by IEF (7-10-year Treasury ETF).

Prior to its official meeting on March 18, the Federal Reserve Open Market Committee enacted 2 emergency rate cuts to bring its target interest rate to 0-0.25%. These actions, along with other lending activities to small businesses, individuals and state and local governments stabilized short-term markets and funding for troubled areas of the economy.

Not surprisingly, yields across the Treasury curve declined significantly in March, a function of the flight to safety, Fed action and rapidly declining inflation expectations. Specifically, the 10-year Treasury reached another all-time monthly closing low of 0.67% at the end of March. The all-time closing daily low occurred on March 9, at 0.57%. The benchmark yield fell 1.25% in the opening quarter of 2020, after opening the year at its lowest level since 2013. 10-year breakeven inflation rates, which are often used as a barometer of inflation expectations, closed the month below 1%. The market is not expecting inflation to pick up any time soon, which should keep a cap on interest rates until economic demand picks up.

Things look a little bit different on the short-end of the yield curve versus a month ago. Yields on 1 and 3-month Treasuries went negative for the first time on March 25, albeit for a brief period, as concerns over the short-term direction of the economy mounted. If we rewind to February, the Treasury yield curve offered an ominous signal when the curve inverted again for the first time since last August. This signal correctly predicted the last 7 recessions over the last 50 years, and many projections for economic growth from institutional asset managers make the case that the US is already in a recession. Unprecedented jobless claims and forthcoming data will likely paint an awful picture of the economy in the near-term.

We expect market gyrations to continue as investors digest this news. We believe Treasuries will continue to provide ballast in portfolios and interest rates will not rise dramatically until there is momentum and positive news on the public health front.

During March, Municipal bonds experienced a sharp reversal from a sustained trend of positive flows, sentiment and declining yields. Moreover, the normally stable and lethargic municipal bond sector experienced a historical spell of volatility in the middle weeks of the month.

After 60 consecutive weeks of inflows to municipal bond funds where average flows totaled $1.5 billion, a $12 billion outflow occurred for the week ended March 13. Extreme selling pressure on mutual funds and ETFs as investors raced to cash at any cost were the main culprits for the outflow. As a result, municipal bond prices declined sharply. In some cases, price declines reached 10-15% (even on AAA credits) in the span of a week! Truly stunning and unprecedented moves. The entire municipal market suffered, although some areas felt more pressure and will continue to struggle in the wake of the upcoming decline in tax and revenue receipts. These range from leisure & hospitality to recreation centers and senior living facilities.

As a result of all the uncertainty, Municipal/Treasury (TSY) ratios reached historical levels. The 10-year AAA muni/TSY ratio reached 350% during the week of March 20, the highest of all-time. The long-term historical average for this ratio is about 80-85%. We had not seen bonds even close to this level since 2016, when the US presidential election caused a surge in municipal bond yields. The window of opportunity to buy at these levels was short-lived after supportive measures from the Federal Reserve and Congress. However, the yields were still over 200% at the 10-year benchmark level at the close of March.

Looking further at the supply picture, many municipalities cancelled bond sales during March, citing extreme market volatility. Simply put, it’s hard for the underwriters and cities to price bonds when yields moves are sharp and abrupt. On March 20, the Federal Reserve announced that it would expand asset purchases to incorporate short-term municipal bonds. This was done to “enhance the liquidity and functioning of crucial state and municipal money markets.” On cue, the flood gates opened, and the following week closed with the highest visible supply for the year at $27.2 billion. The average for the previous 12-month period was $14.3 billion.

Municipal valuations backed off historically expensive levels to eye-popping levels on a relative basis, especially on bonds with shorter maturities. Municipals, among other fixed income sectors, felt some of the heat and yields rose sharply, contrary to the extreme plunge in Treasury yields. These ratios were even more pronounced on the short-end of the municipal yield curve as short-term issuance has risen sharply to cover immediate cash needs. Specifically, the 1-year AAA municipal yield increased to almost 700% of an equivalent US Treasury, up from 72% at the end of February, a completely cartoonish move.

While the Federal Reserve provided temporary stability in the near-term, municipals will continue to feel pressure as economic uncertainty mounts. Many municipalities built up adequate reserves during the economic expansion of the last 10 years, but could feel varying degrees of pressure depending on the length of the economic malaise.

Corporate and high-yield bonds declined sharply during March, as economic concerns approached critical mass. At their low points during the month, corporates dropped over 20% and high-yield over 25%, respectively. A massive drop in oil prices and a decline in demand created further problems for high yield bonds, which declined 10% for the month despite the strong rally off the lows. Corporates, as measured by LQD, declined over 6% in March.

Like municipals, but to a more exaggerated degree, the corporate bond market experienced indiscriminate and panicked selling from mutual funds and ETFs as a wave of investors raced to the exits. For the week ended March 13, investment grade corporate funds saw $35.6 billion in outflows, 5 times the previous record.

Corporate bond spreads widened markedly, exploding off historically low levels. Using the 10-year corporate spread as a benchmark, the spread rose 122 basis points to finish the month at 245 bps. This is the highest level since the summer of 2009 when the economy was just breaking out of the Financial Crisis of 2008.  Similarly, high-yield spreads blew out to levels not seen since 2008. The high yield index spread increased to almost 900 basis points, after opening the year at 360. In 2008, the spreads on high yield bonds reached almost 2000 basis points!

A wave of downgrades already occurred in airlines and other sectors that are expected to suffer tremendously during the slowdown. According to Bloomberg, the amount of distressed debt quadrupled to almost $1 trillion for the week ending March 27, the highest level since April 2009. The financial sector is much better capitalized and prepared this time than 2008, which provides a glimmer of a hope for the financial system as a whole. However, certain sectors and small business will continue to struggle through the slowdown. While spreads have widened for the corporate sector overall, there are companies that are better equipped to handle a downturn. Utility, power, healthcare, cable and telecom sectors are trading with ample spread for the embedded risk, according to PIMCO.

With so much unknown, all credit markets will continue to trade with volatility as price discovery is attempted. The rescue package from Congress that included $2 trillion in spending and tax breaks to bolster the economy was received well by the corporate market, which temporarily stabilized at the end of the month but still faces a long road ahead.