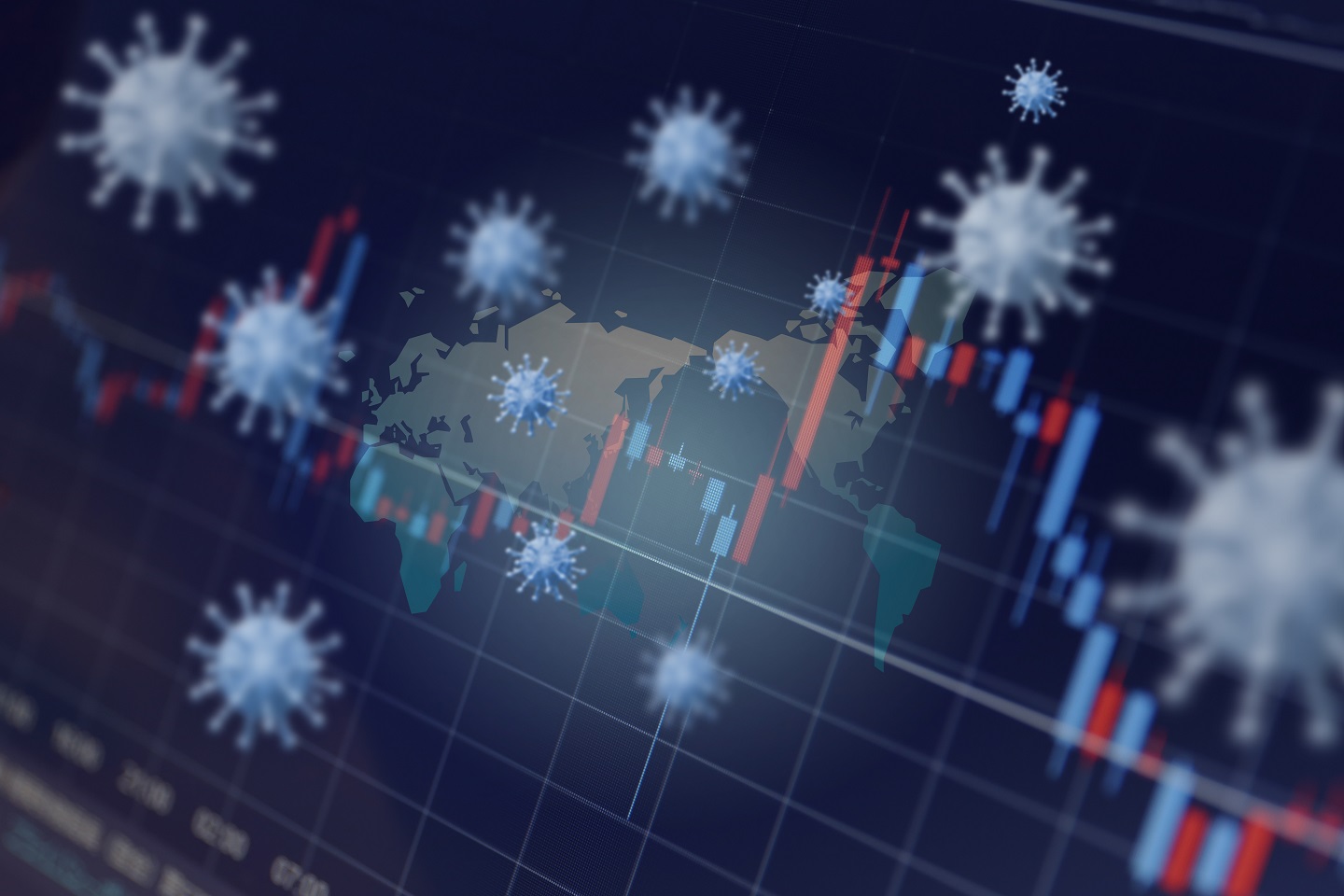 US Treasuries: The uncertain effects of spreading Coronavirus permeated financial markets in February, and global equities experienced a swift correction. The 8.41% drop in the S&P 500 was the largest drop since December 2018 and marked a second consecutive down month in the index for the first time since March 2018. Treasury bonds were the place to be amid the stock market volatility in February. These bonds provided portfolio ballast as needed, adding to already impressive gains for the year. Treasury yields across the curve dropped dramatically, and expectations of additional rate cuts are priced into this market. The yield curve inverted for the first time since the summer, reinitiating conversations of an upcoming recession.

Corporates: Corporate bonds performed well during February but trailed the highest investment grade credits such as Treasuries and mortgages. The sector still delivered positive returns as corporate bond yields edged to their all-time lows. High-yield bonds, on the other hand, didn’t offer protection from the equity market struggles, declining for the second straight month as spreads widened sharply. A credit freeze at the end of the month was cause for concern, specifically as the Fed looks to potentially lower rates and loosen financial conditions.

Headline risk driven by the spreading coronavirus pushed investors towards safe-haven assets during February. Accordingly, US Treasury bonds proved their worth as the ultimate volatility dampener during the month. As soon as stocks began their sharp decline, Treasuries rallied and provided safety. From February 19 through the end of the month, the S&P 500 dropped 12.4%. In that same time frame, IEF (7-10 Year Treasury ETF) gained 3.35%.

Yields across the curve declined sharply in February. Specifically, the 10-Year Treasury yield plunged to its all-time low, finishing the month at 1.15%. The benchmark yield started 2020 at 1.92% and has now fallen 0.77% in the first two months of the year. This is the largest 2-month drop in this yield since September 2011, right after the S&P downgraded the US credit rating.

While the Federal Reserve Open Market Committee doesn’t officially meet until March 18, many investors and economists are expecting Fed action as a result of the growing health and economic concerns generated by the virus outbreak. The interest futures market is currently pricing in 4 cuts by the end of 2021, a complete 180 degree turn from their policy stance just a short few months ago. There is even the potential for an emergency rate cut in between meetings, something that has not happened since October 2008. We don’t need to remind you what was going on at that time!

The 2-year Treasury yield, which typically is most sensitive to Fed actions, dropped 15 basis points on February 28, the biggest 1-day drop since August 2019. This key yield was down 50 basis points in the last 7 days of February, further signaling an overwhelming market expectation of forthcoming rate cuts.

As the Fed looks to soften the potential economic impact of this outbreak, the Treasury yield curve is again offering an ominous signal about the direction of the economy. Specifically, 3-month Treasuries offer more yield than 10-year Treasuries and the yield curve is inverted. Historically, when this inversion occurs for 10 consecutive days, the US economy goes into recession on average 311 days afterwards. This signal has correctly predicted the last 7 recessions over the last 50 years. This inversion last occurred in August 2019, and similar predictions about recession emerged.

The timing of recession following an inversion varies, but the predictive power of the signal should not be ignored. Only time will tell.

Municipal yields dropped sharply in February, though not as much as US Treasuries. The sector gained 0.97%, the 15th out of the last 16 months with positive return. As with Treasuries, much of the support for municipals during the month was driven by investors seeking a safe haven from declining equity markets. Municipals are historically negatively correlated to equities, so this comes as no surprise. The 10-year AAA municipal benchmark yield closed February below 1% at 0.98%, the lowest close of all-time. This level is less than half of what it was a year ago.

At the risk of sounding like a broken record, the music didn’t show any signs of stopping on the demand side despite the sharp decline in nominal yields. Municipal bond mutual funds picked up $2.3 billion for the last week of February, over 50% more than the average inflow during 2019. This marked the 60th consecutive week of inflows for a sector that hasn’t shown much weakness over the last year plus.

Looking at the supply picture, the continuation of negative net issuance looms over the municipal market. 30-day visible supply finished the month at $10.7 billion, well-below the 2020 average of $13.7 billion. Municipalities are refunding debt at an increasing pace as yields plunged and refinancing becomes advantageous for the issuers. In addition, $120 billion in tax-exempt issues are expected to be advance refunded over the next 12 months, shifting dollars to taxable municipals. We noted before the shrinking size of the overall market and will continue to monitor this situation in the current environment where rising interest rates seem incredibly unlikely.

Municipal valuations backed off historically expensive levels, especially on bonds with shorter maturities. We attribute this to municipals (and other fixed income sectors) struggling to keep up with the extreme plunge in Treasury yields. Expectations of action from the Fed further contributed to those spreads on the short end of each respective yield curve. Specifically, the 2-year AAA municipal yield increased to 80% of an equivalent US Treasury, up from 62% at the end of January. On the longer end, the 10-year AAA municipal yield offers 85% of a 10-year US Treasury. This ratio averaged about 80% in 2019.

The municipal yield curve flattened sharply in February, contrary to the US Treasury curve. The 2-10 spread in municipals decreased 11 basis points to 25 basis points versus the US Treasury curve which steepened slightly in February. As this flattening continues, relative value still resides on the intermediate and long portion of the municipal yield curve, but the term premium of those bonds continues to dwindle.

Investment-grade corporate bonds gained in February despite the sharp drop in equities. As measured by LQD (corporate bond benchmark ETF), corporate bonds returned 1.09% during the month. High yield bonds, on the other hand, struggled with this volatility and further declines in oil prices added to the negative performance.

Corporate bond spreads widened slightly in February, further pulling back off historically low levels. Using the 10-year corporate spread as a benchmark, the spread finished the month at 123 basis points. This extra yield demanded for owners of corporates instead of Treasuries climbed five straight days to the highest level since November. As with municipals, corporate bonds didn’t keep up with the severe drop in Treasury yields, but corporate bond yields still declined. In fact, the Bloomberg Barclays US Agg corporate yield reached an all-time low around 2.5% at the end of the month.

The picture isn’t as rosy in high-yield bonds, which have fallen out of favor and are behaving like stocks in this shakeout. Spreads widened sharply over 1%, but still has that same amount to go before reaching levels from Q4 2018, the last time spreads blew out.

The last week of the month saw an extreme rarity in credit markets. Specifically, the US investment-grade bond market recorded 5 blank sessions, meaning no companies issued new debt during the entire work. This has not happened since July 2018 and is a rarity outside seasonality lulls and holiday shutdowns. Only one junk-rated issuer announced a new offering and in Europe, debt bankers registered their second straight session with no issuers. Corporate bond issuers had averaged about $30 billion of new issuance per week throughout the first 3 weeks in February. Companies are suddenly waiting on the sidelines due to a jump in risk premiums amid virus fears that are threatening to disrupt global growth. Tightening financial conditions are part of the reason many expect the Federal Reserve to cut rates, to alleviate the concerns of this temporary credit freeze.