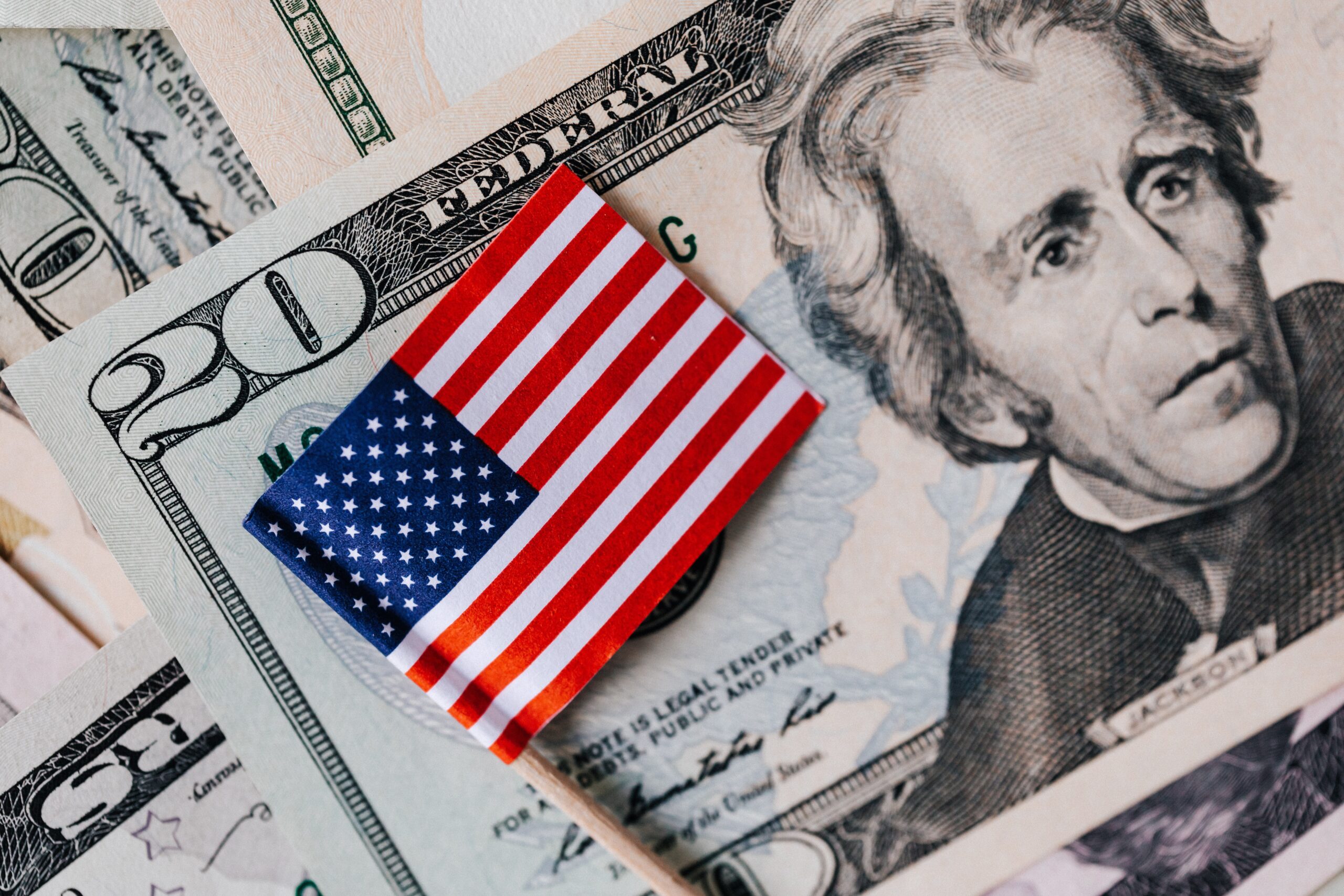 US Treasuries:  The momentum of rising interest rates slowed in April and the sell-off that plagued fixed income markets reversed, at least temporarily. Yields on US Treasuries declined in April, supporting prices for the first monthly gain in Treasuries since November 2020. Economic data and inflation continue to be a key driver of Treasury yields with the upcoming April employment report in focus. The Federal Reserve met in April and maintained its accommodative policy stance but acknowledged acceleration in the economy.

Municipals:  Municipals received a boost from the release of President Biden’s tax proposal that would potentially increase taxes on the highest earners, some corporations and capital gains. The tax-advantaged status of municipal bonds has buoyed their returns for much of 2021 as investors continue to pour money into this sector. Municipal yield ratios versus equivalent Treasuries hovered near historically expensive levels in April.

Corporates: Corporate bond prices rebounded in April along with Treasuries, partly due to a lighter month of issuance. The improvement in economic data led to a bit of spread tightening in corporate bonds, which contributed positively to April returns. Projected issuance in the corporate market is expected to pick up heading into the summer months.

Treasury yields pulled back from their highest levels since before the pandemic, declining across the yield curve in April despite improving economic data and notably efficient vaccine distribution bringing a gentle wave of optimism. Projections of US GDP growth continue to rise, and the March employment report released in April showed that the US economy added over 900,000 jobs. In addition, job growth was revised up in January and February in the same report. The US labor situation certainly has a long way to go to return to pre-pandemic levels, but at the recent pace set over the first three months of this year, some economists project that all jobs lost during the pandemic could be recovered by the end of 2021. All eyes will be on the April employment report for the next key indicator on the labor market.

Inflation whispers were tame in April, which provided Treasury yields with a breather. The benchmark 10-year yield declined from 1.74% to 1.65% in April, retreating lower from levels not seen since January 2020. This decrease in yields supported prices, and Treasuries gained 1% in April as measured by IEF, the 7-10 Year Treasury ETF.

The Federal Open Market Committee met in April and kept its easy money policy in place by anchoring short-term interest rates near zero as it buys $120 billion of Treasuries and mortgage-backed securities monthly, despite an economy that it acknowledged is accelerating. In post meeting remarks, Fed Chair Powell indicated that the economy is improving but the recovery is “uneven and far from complete” and further suggested that inflation pressures could rise in the coming months but that the committee believes these increases will be transitory. Most notably, Powell and the committee emphasized that it would take some time before the committee is ready to reduce accommodation, including the tapering of asset purchases. While increases in interest rates and evolving inflation expectations are currently steering the market in different directions, the FOMC is trying its best to clearly telegraph its next steps.

While the Fed stayed put on its key policy rate and long-term Treasury yields paused their ascent in April, the yield curve flattened slightly during the month. Using the difference between the yield on the 2-year Treasury and 10-year Treasury as a benchmark, the curve flattened from 1.58% to 1.49% in April. This spread is still well above the 0.8% where it started 2021, as the economic outlook is much improved through the first four months of 2021. We expect Treasuries to remain under pressure in the near-term as inflation and growth accelerate, although we expect the rise in Treasury yields to be modest through the remainder of the year.

Municipal bonds generated another month of positive returns in April, boosted by the release of President Biden’s tax proposal. Within this proposal were a few key items, specifically a higher tax on capital gains, elimination of stepped us basis and increasing the top marginal rate on the highest earners.

The threat of an increase in taxes strengthens the appeal and tax-advantaged nature of municipal bonds and investors responded positively to this news. The sector gained 0.76% in April and has currently returned 0.1% for the year, as measured by MUB, the benchmark iShares National Municipal ETF. While this may not sound like much, the positive returns in the first four months occurred in an environment that provided challenges for many fixed income investors, regardless of duration, sector or country. The Barclays US AGG is down close to 3% and Treasuries and Corporate bonds have both declined over 4% thus far in 2021.

The prospect of a changing tax picture and sustained progress in distribution of the vaccine is likely to provide support for the municipal market as the global economy recovers from the pandemic. With an upgrade in consumer confidence, investors’ perception of higher credit quality and lower default risk for the broad municipal bond market is also expected to improve. This sentiment is reflected in the performance of municipal bonds, which have outperformed Treasury bonds for seven straight months. It is also beginning to show up in the high-yield municipal market where a record amount of cash has moved. Per Lipper, high-yield municipal funds brought in $1.28 billion for the week ending April 22, which is about 20% higher than the previous weekly record.

This strong demand consumed the new issuance supply in the municipal market in April as state and local governments continue to benefit from cheap financing due to low interest rates. Per SIFMA, new issuance for the month totaled $35.8 billion, just about matching the monthly average through the first quarter of 2021. This $36 billion monthly average annualizes to about $432 billion which would be very close to the annual average municipal issuance over the last five years ($431.7 billion). Close to 25% of this year’s volume has been taxable, down slightly from 30% for 2020 as Treasury yields have risen sharply amid the improving economic outlook. The forthcoming infrastructure bill is projected to alter the landscape for municipal finance, and more specifically taxable municipal issuance, where a portion of the bill could be funded through this market similar to the Build America program in 2009-2010.

With outsized demand and relatively tame issuance in municipals, the 10-year AAA benchmark declined from 1.08% to 0.98% in April. The municipal bond yield curve flattened as well, with longer maturities experiencing a larger yield decline than municipal bonds with shorter maturities. Using the difference between the 2-year AAA muni yield and the 10-year muni yield as a benchmark, the municipal yield curve flattened from 0.94% to 0.88%. As municipals outperformed Treasuries in April for the seventh straight month, municipal yield ratios again retreated to historic lows. Most notably, the 10-year AAA municipal yields decreased from 62% to about 59% of the benchmark 10-year Treasury yield. This ratio sits well below the long-term average of 80-85% as investors pile into municipals, which we expect to slow at some point but has plenty of support with the tax discussion currently dominating Washington.

Investment grade corporate bonds bounced back in April after a rough Q1 2021. Corporate bonds rallied 1.04% in April as measured by LQD, the benchmark iShares Investment Grade Corporate Bond ETF, finishing as the best performing domestic fixed income sector during the month. High yield bonds also rose in April, where rising commodity prices and risk-on sentiment provide support for a market that has exhibited strength through most of 2021 despite a challenging environment for many fixed income investors. Overall, high yield bonds gained 0.64% in April and have returned 1.22% in 2021, as measured by HYG, the benchmark iShares High Yield Corporate Bond ETF. Historical data shows that in an environment with a steepening Treasury yield curve, high yield bonds tend to outperform as is currently the case.

Improving data and an economic outlook gaining positive momentum led to the tightening of credit spreads in April. Using the 10-year corporate spread as a benchmark, corporate spreads decreased from 1.11% to 1.09% in April and are right around all-time lows. Despite a shaky few months, there is still plenty of demand in this market.

Looking at the supply picture, corporations borrowed $150 billion in April, per SIFMA. This amount of corporate bond issuance is well below the monthly average of $200 billion for Q1 2021, and brings the 2021 monthly average to $188 billion. The monthly average for 2020 was $190 billion, when corporations issued an annual record amount of debt, so credit markets are still healthy despite a slowdown in issuance in April. Issuance of high yields bonds has sustained itself at a very healthy clip, where strong demand for speculative credit continues to support this market as investors search for yield. Per SIFMA, there has been $205 billion of high yield bonds issued so far in 2021, which is almost double high yield issuance at this same point in 2020. The annual record for high yield corporate issuance is $421 billion, set in 2020, and the current pace this year will shatter that amount. We certainly expect this to slow and remain cautious on high yield bonds, but high yield corporate bond issuance has started off the new year at an impressive rate.

Performance Snapshot: Sector Summary: US Treasuries:  After a disappointing jobs report, Treasuries fluctuated for much…