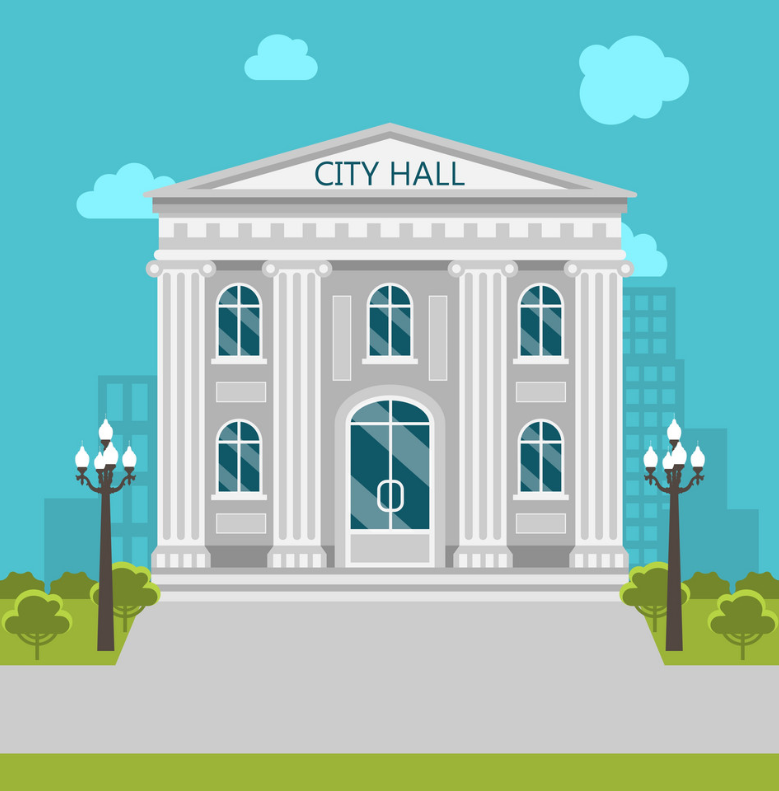 US Treasuries: After a disastrous March, financial markets recovered on the heels of record government stimulus – there has been a record amount of Treasury issuance to cover the costs of rescue efforts relating to the pandemic. The S&P 500 gained sharply off its lows, generating its best month since April 1987. However, the first wave of economic releases in April showed the magnitude of the economic damage during the shutdown.  Staggering unemployment and growth data offered a gloomy economic outlook. Treasury bond yields were little changed during April after a sharp decline during the first quarter. The Federal Reserve met on April 28-29, leaving its main policy rate unchanged and reaffirming the markets of an aggressively accommodative stance.

Municipals: A month after seeing their steady streak of gains and inflows come to an end, Municipals lagged in April. Investors seesawed between inflows and outflows, as concerns continued to mount about the ability of state and local governments to cover their obligations. Municipalities were at the center of conversation about the next stimulus package.  Debates over underfunded pensions and states filing for bankruptcy created headline risk that weakened the sector.  New issuance picked up in April and will likely continue with seasonality in the summer months, a welcome sight after the temporary freeze during March. Overall, the municipal yield curve steepened with noticeable moves on both the short and long end.

Corporates: Corporates and high yield bonds were the biggest beneficiaries of Fed jawboning, delivering the strongest returns off the lows and through the month of April as the risk-on mood returned. Massive and record issuance in corporate bonds was a welcome sight, but investors should still tread carefully after a wave of downgrades rattled troubled areas. Corporate spreads tightened, but still have increased sharply in 2020 as the economic outlook remains ambiguous.

April 2020 was completely different from March 2020. While uncertainty remains, volatility retreated from record levels and a risk-on appetite prevailed, lifting equities. Volatility in the Treasury market also calmed after uncharacteristically spiking during the tug of war between the flight to safety and rush to liquidity. Even though the risk-on mode prevailed in April, Treasury yields barely moved and the sector generated positive returns. As measured by IEF (7-10-year Treasury ETF), Treasuries gained 0.28%, bringing total return through the first 4 months of the year to over 10%.

There were healthy, positive flows into US government bond ETFs in April, despite low yields. This sector has experienced the largest ETF inflows in 2020 by far, attracting over $26 billion. On the supply side, the US Treasury recently projected that its borrowing needs in Q2 – to cover the cost of rescue efforts related to the pandemic – will be an astounding $3 trillion. The previous quarterly record was $530 billion in Q3 2008 (the last financial crisis). This new supply should be met with ample demand as Treasuries still provide risk control during equity market drops.  Under normal circumstances, investors should expect this supply glut to put upward pressure on interest rates in the near-term. However, we believe that a sustained rise would need a noticeable uptick in economic demand and activity.

Throughout April, we got our first glimpse of the magnitude of the effects from the economic shutdown on various data points. Even though we all braced for the worst, the numbers were astonishingly dreadful – over 20 million new unemployment claims were filed in April, initial estimates for Q1 GDP declined 4.8% and personal spending fell off a cliff, a significant problem for the US economy which is driven by 70% consumption. Inflation declined 0.4% on a month over month basis in March and is expected to plunge even further as economic activity halted for most of April. Rapidly declining oil prices were another signal that inflation remains under control and rising interest rates don’t appear to be on the horizon.

The Federal Reserve Open Market Committee met during the last week of April, and reiterated its commitment to using a full range of tools to support the US economy as the pandemic continues to wreak havoc. Not surprisingly, the committee held its target interest rate at the zero bound, between 0-0.25%. The Fed’s additional credit facilities and lending activities continued to stabilize short-term markets and funding for troubled areas of the economy.

After an unusually volatile month, municipals traded in a tighter range in April. However, concerns mounted about the effect of declining economic activity on the ability of state and local governments to cover their obligations. Accordingly, municipals pulled back and borrowing costs rose, especially on longer term maturities. The sector declined 1.38% as measured by MUB – the iShares National Municipal Bond ETF.

Looking at the supply picture, new municipal bond sales in March plunged to $18.6 billion after $42 billion of issuance in February. According to SIFMA, new issuance in April picked back up to $26.1 billion. This brought total issuance for the first 4 months of 2020 to $120 billion, higher than the same time frame in 2019. 30-day visible supply also closed the month above its year-to-date average, an encouraging sign for the market.

As uncertainty in the sector increased marginally, indecision among investors caused alternating weeks of inflows and outflows during the month. According to fund flow data from the Investment Company Institute, municipal bond mutual funds took in over $1.6 billion for the 2 weeks ended April 22. This was followed by a $1.26 billion outflow the next week, as comments from Senator Mitch McConnell about states filing for bankruptcy spooked the market. While scary, his comments were misguided as states cannot file for bankruptcy – only the municipalities, political subdivisions or public agencies within the states may do so. A Congressional vote to change the federal bankruptcy code and states would have to amend their own state laws in order to allow authorization to file. In short, we don’t believe this to be a credible concern for municipals.

That being said, there will be lasting effects from the economic damage created by the pandemic and subsequent economic shutdown – and there is reason for concern in areas of the municipal market. Analysis from data backed by the Congressional Budget Office contends that the pandemic could trigger state budget shortfalls of $650 billion over the next 3 years. In addition, state pension plans had 62.6% of assets needed to meet their obligations to retirees in the first quarter. This is the lowest level for a quarter end in the 30 years that Wilshire Consulting has been tracking this statistic. In addition, this funding ratio dropped 12.2% from the previous quarter after investments returns were sharply negative. Unsurprisingly, these problems have become noticeably more magnified as markets dropped and economic activity essentially disappeared. Negative headlines will continue to loom over the municipal market – some states and subsectors will be affected more than others. As it always does, the market has voted on which sectors it feels are most exposed and will continue to struggle going forward.

This rising uncertainty drove Municipal/Treasury (TSY) ratios slightly higher during the month. 10-year AAA muni/TSY ratio closed the month at 225%. The long-term historical average for this ratio is about 80-85%, so municipals are still very cheap in the current market environment.  On bonds with shorter maturities, ratios fell but still look very attractive. Yield spiked after short-term issuance ballooned to cover immediate cash needs but retreated during April. With the Fed keeping its target rate at zero, short-term muni yields still offer 585% of an equivalent US Treasury. On an absolute basis, however, the 1-year AAA benchmark muni yield closed the month at 0.83%.

The Federal Reserve reaffirmed its support for states, cities and counties, but clarified that its $500 billion municipal lending facility must only be used if other means to raise money are unsuccessful. This qualification is indicative of the cautious and measured approach the Fed has taken since Congress extended its power to provide support for the first time in the municipal market in March. On the fiscal side, House Speaker Nancy Pelosi acknowledged that the next round of requested stimulus could reach $1 trillion. The Speaker further advised that to the extent they can, Congress will “keep states and localities sustainable.” Nothing is finalized and there is much to determine as the House is set to return to Washington the week of May 11.

We will continue to keep a close eye on these developments as they continue to cause shifts in the municipal market.

As investors’ risk appetite returned in April, corporate and high yield bonds experienced strong gains. Both sectors were up close to 5% after dropping sharply in March. Much of the performance can be attributed to the tightening of credit spreads. Using the 10-year corporate spread to Treasury as a benchmark, the spread tightened 67 basis points in April. The spread sits at 178 basis points, over 70 basis points higher than where it began 2020.

Corporate and high-yield bonds benefited the most from the rhetoric regarding the Federal Reserve’s next policy moves. On April 9 the Fed announced several programs, among them a detailed description of market interventions including plans to buy corporate and high-yield bonds. By the end of the month, the Fed had yet to buy a single bond, but just the threat of doing so brought both markets back on solid footing throughout April. The purchasing program is expected to begin in early May, and will also include “fallen angel” companies, whose ratings were downgraded to junk recently.

Blue chip companies are borrowing money at a record pace to make up for the sharp decline in revenues, which will inherently make corporate bonds riskier for investors. Boeing issued $25 billion, Coca Cola offered $6.5 billion – just to name a couple. Investment grade corporations issued $780 billion of bonds in the first 4 months of 2020, up around 80% from the same period in 2019. The record for issuance in corporate bonds in a single year is $1.4 trillion, which is on pace to be shattered in 2020. With the Fed support, yields on investment grade corporate bonds dropped back down to 2.42%, close to all-time lows and pre-pandemic levels. High yield issuance followed suit, reaching $100 billion this year – well above the $76 billion in the first 4 months of 2019.

Again – the bonds themselves have become much riskier as companies are boosting their debt levels while earnings fall, leaving them with fewer resources to pay interest on their growing debt burdens. Corporates have lagged Treasuries this year as a result. The Fed support may ease short-term liquidity but it does not cure credit risk. Barclays estimates that corporations outside the financial sector will need to borrow up to $175 billion to cover negative free cash flow as a result of the pandemic. Net leverage ratios of corporations are expected to increase around 3 times to a post-2008 high. This murky picture will become clearer as companies report earnings for Q1, which has already started and the numbers haven’t been pretty. JPMorgan, Amazon, Apple are a few companies who offered poor results in Q1 and many others have even declined to provide guidance and forecasts in light of the extreme uncertainty.

There continues to be plenty of unknowns in the corporate market (and all markets), and the wave of earnings and economic data should be closely watched as part of the evaluation.

Performance Snapshot: Sector Summary: US Treasuries:  Yields on US Treasuries continued their climb in March,…