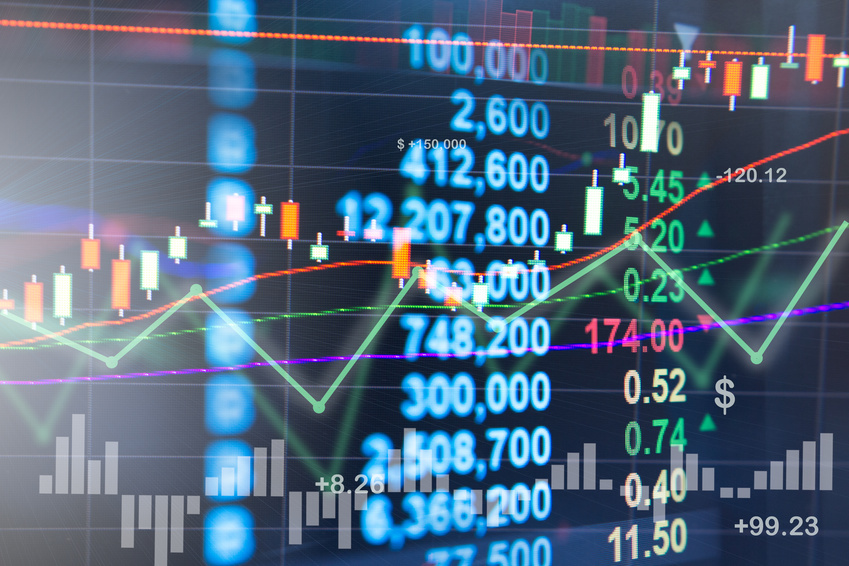 US Treasuries:  Global equity markets surged to the upside in November following the results of the US Presidential election. Increased prospects of a split government and positive news on the vaccine front went head to head with stalled stimulus talks, ultimately causing  Treasury yields to finish down slightly for the month. The Federal Reserve Open Market committee met in early November but market participants paid more attention to the election and vaccine headlines.

Municipals:  Municipals gained strongly in November along with all other fixed income credit sectors, driving ratios versus equivalent Treasuries near all-time lows. Issuance approached an annual record by the end of the November and ample demand continues to keep a lid on interest rates of municipal bonds. State and local government assistance related to the next round of pandemic aid should support the health of municipal finance heading into 2021, even though some sectors remain under pressure.

Equities markets surged in November following the results of the US Presidential election, reversing a downtrend that started at the beginning of September and resulted in consecutive negative months for major stock indices. Risk-on markets took comfort at the increasing likelihood of a split government, as the highly anticipated “Democratic Blue Wave” did not materialize despite Biden’s victory. Expectations of another round of stimulus and massive infrastructure spending have been temporarily stifled. Positive news on the vaccine front furthered the tug of war that Treasuries experienced throughout November.

Treasuries posted a positive month, gaining 0.34% in November as measured by IEF (7-10 Year Treasury ETF). Treasury yields across the curve declined, with longer maturities experiencing a larger decline than the minor declines at the front end of the yield curve. The benchmark 10-year Treasury yield declined 0.04% after its largest monthly increase in 2020 that occurred in October. Vaccine-related headlines in early November led the 10-year Treasury yield to close at 0.96% on November 10, the highest daily close since March.

The Federal Reserve Open Market Committee met in early November and ceded attention to the US Presidential election result. The committee’s last meeting in 2020 is set to take place on December 15-16.  A post-meeting press conference is expected to provide more clarity on its policy and outlook heading into 2021.

With the Fed on hold but longer-term Treasury yields declining in November, the Treasury yield curve flattened slightly. Using the difference between the yield on the 2-year Treasury and 10-year Treasury as a benchmark, the curve flattened from 0.72% to 0.69%, still holding near the highest spread levels of 2020. Market consensus does not expect the Fed to alter its course of monetary policy, so close observers of the steepness of the curve will continue to track stimulus and vaccine progress, both key drivers of longer-term interest rates in the current market environment.

Municipal bonds gained in November, posting stronger returns compared to Treasuries as the risk-on environment supported all credit sectors of fixed income. Municipals gained 1.62% for the month, as measured by MUB, the iShares National Municipal Bond ETF. This is the best month for municipals since May. The 10-year AAA municipal benchmark yield declined sharply to 0.71%, the lowest monthly close since July.

Conversations around additional pandemic aid in the form of fiscal stimulus continues to make headlines in the municipal market. The exact details of any bill remain to be seen, however, assistance to state and local governments is expected to be included in any bill that is ultimately passed. There has been ambiguity concerning the type of aid municipalities might receive, but the consensus view seems to have shifted, improving sentiment in the municipal market in November.

Municipals firmly outperformed Treasuries in November on the heels of this upgraded sentiment and increasing demand. According to the Investment Company institute, inflows into municipal bond mutual funds totaled $1.96 billion for the week ended November 25, which was preceded by $2.02 billion the previous week. Average weekly inflow had dipped below $1 billion in October as investors awaited more clarity from the US Presidential election. Municipal bond mutual funds have not seen a net weekly outflow since the end of April. With strong demand in November, investors poured money into municipals with taxes expected to come into focus under a Biden administration.

The story looks similar on the supply side, where lighter issuance in November contributed to strong performance. After setting a monthly issuance record of over $70 billion in October, state and local governments slowed new supply to $19.4 billion in November. Per SIFMA, total issuance for the year reached $441 billion by the end of November, on pace for an annual record, which would eclipse the previous high of $452 billion in 2016. Taxable municipal issuance continues to occur at a healthy clip, with about 25% of November supply of the taxable variety. So far in 2020, taxable municipal issuance has totaled $129.3 billion, over double the same timeframe in 2019 and four times greater than the nine-year average. Analysts expect an extension of this trend in 2021 as state and local governments realize savings by refinancing outstanding debt with taxable securities.

Favorable supply and demand technicals in November caused the municipal yield curve to flatten significantly during the month. Using the spread between the 2-year AAA yield and 10-year AAA yield, spreads decreased from 0.74% to 0.56%. Short-term municipal yields declined notably versus their US Treasury counterparts, bringing ratios sharply down. State and local governments doing their best to continue to fund ongoing operations via issuance of shorter maturities are keeping short-term ratios elevated. On the longer end, the 10-year AAA muni to Treasury ratio closed November at 85%, a second straight month of sharp declines from well above 100%. Both benchmark yields declined in November, but municipal yields declined more with Treasury issuance expected to increase more notably than municipal supply. This ratio has typically maintained a historical average around 80-85%. With all maturities 5-years and longer now offering a yield of less than 100% of US Treasuries, and even below 65% for 5-7 year maturities, relative valuation of municipals must be considered.

Corporate bonds surged in November alongside equities.  Investment grade corporates gained 3.77% in November as measured by LQD, the iShares Investment Grade Corporate bond ETF. High-yield bonds followed suit, returning over 3% and exhibiting strength amid the equity rally that was set off by the US election results. Investment grade corporate bonds overtook Treasuries as the best performing domestic fixed income sector in 2020, with returns approaching 11% this year. High yield bonds, on the other hand, have been the worst performing domestic fixed income sector as quality has outperformed junk for much of 2020.

Strength in corporate bonds was driven largely by a sharp tightening in credit spreads across the yield curve in November. Using the 10-year corporate spread as a benchmark, corporate spreads tightened 0.19% to 1% overall, the tightest differential of all-time at the end of any month. The previous monthly closing low was 1.08% which occurred at the end of December 2019. The tightening of spreads indicates improving economic and credit conditions with positive vaccine news and an improving outlook in 2021, an encouraging sign for corporations looking to borrow.

Per SIFMA, corporations borrowed about $125 billion in November, a relatively light month amid the swath of corporate borrowing that 2020 has produced. The average monthly issuance for corporate bonds in the first 10 months of 2020 has totaled just over $200 billion. Year to date issuance will continue reaching a new annual record through the end of the year, and now sits close to $2.2 trillion. Looking at high-yield bonds, issuance for November was $31.1 billion, pushing this sector’s annual record to approximately $390 billion, a 50% increase from the first 11 months of 2019.

Given the tightness of spreads and strong performance this year, credit markets are priced for perfection. Yields to the lowest rated junk bonds, those in the CCC tier, fell to their lowest levels since September 2014 by the end of November as investors grow hopeful about COVID-19 vaccines and the global search for yield trudges on. However, there are still plenty of risks to US corporate debt on the horizon. A recent survey by Bloomberg highlighted fund manager’s top concerns in corporate credit heading into 2021.

Among these concerns were the virus worsening, delayed vaccine distribution, muted fiscal response as part of additional relief, dismal recovery values and expiration of Fed facilities. The first two related directly to the virus containment affect just about all aspects of the economy and markets, so credit markets are not unique in that respect. However, corporations may face a wave of credit rating downgrades and even insolvency if the outlook deteriorates strongly. A muted fiscal response is unlikely given Janet Yellen’s appointment by President-elect Biden to the position of Treasury Secretary. Yellen’s track record and belief in accommodative monetary policy working hand-in-hand with expanded government spending should allay this fear.

The last two concerns deal directly with credit markets and should draw attention of corporate investors. Historically, investors tend to recover less of their losses when defaults are higher. According to Bloomberg, 2020 has seen 227 bankruptcy filings of companies with at least $50 million in liabilities, the highest number since 2009. A growing number of companies are financing themselves mainly through loans, leaving very little unsecured debt to help absorb losses for senior lenders, who are not necessarily in a better position despite their position atop the capital structure. If economic malaise continues as a result of shutdowns, more companies and investors could fall victim to these credit struggles. Most of the Federal Reserve’s corporate credit facilities were unused and the expiration of this facility at the end of 2020 is not expected to have a significant near-term affect on the corporate bond market. However, removing a key psychological backstop could cause a snowball effect if credit challenges escalate and rear their ugly head once more.