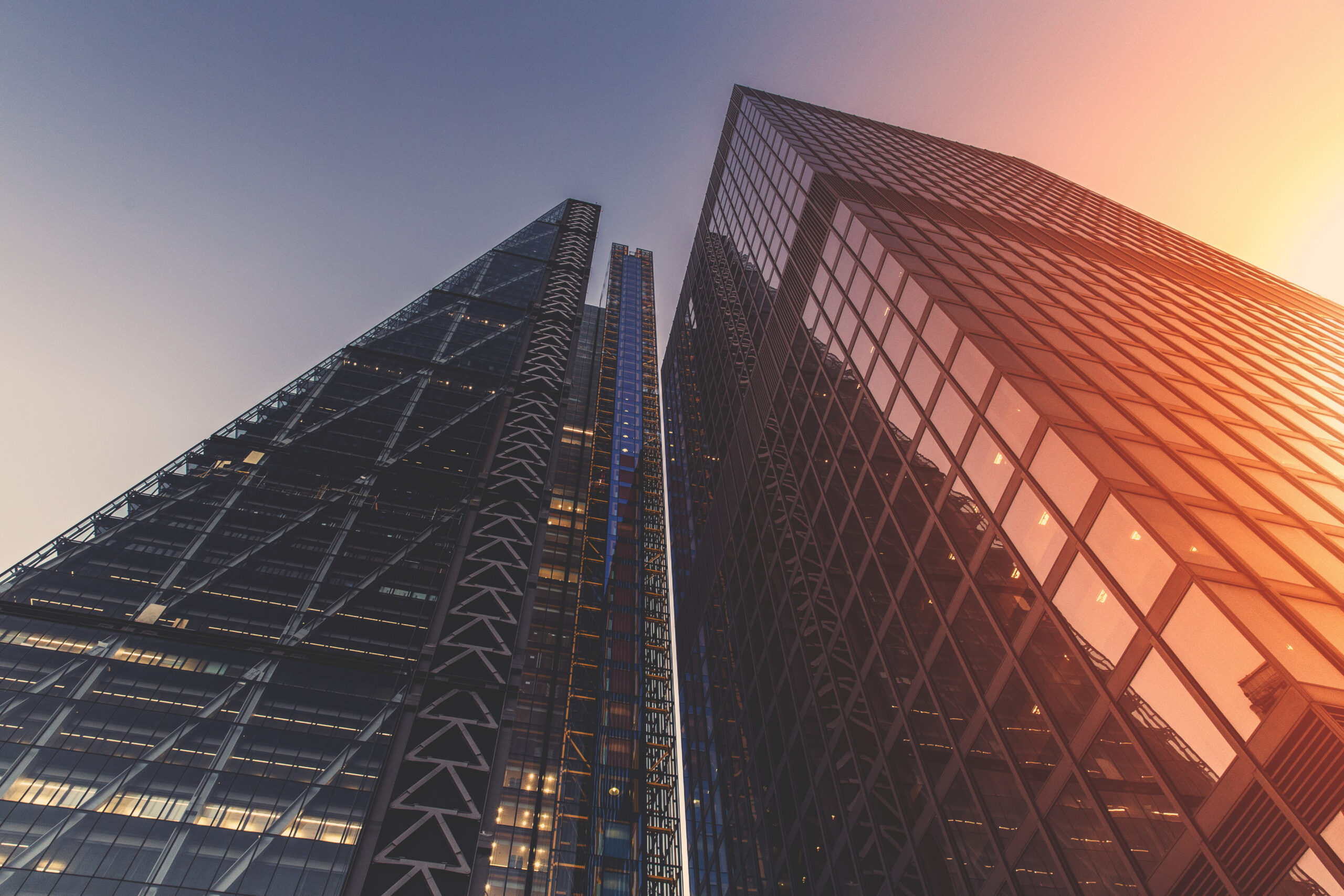 US Treasuries:  Global equity markets finished 2020 strong in December despite late month volatility, and the S&P 500 gained 3.7%. A sizable stimulus package was passed right before the end of the year, causing Treasury yields to increase and prices to decline. The Federal Reserve Open Market Committee met in December, keeping its policy rate unchanged and sustaining its accommodative approach. Positive vaccine headlines and increases in inflation expectations continue to put upward pressure on yields in the near-term.

Municipals:  Municipals closed out 2020 on a high note, boosted by the supportive aid that state and local governments are expected to receive as part of additional stimulus measures. Municipal issuance in 2020 expectedly reached an annual record in December. However, continued robust demand for municipals dropped ratios versus equivalent Treasuries near all-time lows.

Equity markets rose in December, closing out a remarkable surge from the March pandemic lows. The S&P 500 finished the fourth quarter of 2020 by rising 11.2%, boosted further by apparent clarity provided by the US election cycle and encouraging initial returns on the effectiveness of the vaccine.

Treasury prices declined slightly in December, losing 0.24% as measured by IEF (7-10 Year Treasury ETF). A $900 billion stimulus package was passed at the very end of December, which included direct payments to individuals and small businesses. As a result, Treasury yields increased on longer maturities, with economic growth prospects increasing right alongside inflation expectations. The benchmark 10-year Treasury yield increased 0.07% in December to finish 2020 at 0.91% after reaching an all-time closing low of 0.5% in August. However, for the year, the benchmark yield declined 1%, its second consecutive annual decline after rising in 2018.

The Federal Reserve Open Market Committee met in mid-December for the final time in 2020. Not surprisingly, the Committee kept its key policy rate at zero, maintaining its accommodative policy stance. At the post-meeting press conference, Jay Powell reiterated the Committee’s promise to continue providing relief and specifically indicated that the Fed would increase asset purchases if the economic recovery slows. Powell also explained that the Committee does not expect significant inflationary pressures despite easy monetary policy globally.

While the Fed keeps a lid on short term rates, longer-term interest rates moved upwards, creating a noticeably steeper Treasury yield curve.  Using the difference between the yield on the 2-year Treasury and 10-year Treasury as a benchmark, the curve steepened from 0.69% to 0.79%. This is the highest monthly close of that key spread since April 2017, with economic growth in focus and anticipation of the consumer-led recovery in late-2021 and beyond. Any speed bumps in the recovery could certainly alter the course in interest rates, but with short-term rates firmly anchored near zero, we expect continued curve steepening with additional, infrastructure-related stimulus under a Biden administration widely projected.

Municipal bonds finished 2020 with a strong December, posting better returns versus other investment grade credits (despite another constructive month for equities).  Municipals gained 0.67% for the month, as measured by MUB, the iShares National Municipal Bond ETF. After a rocky start to 2020, Municipals finished 2020 with returns over 5%. Hospitals and utilities were among the best performing sectors in the municipal landscape as higher-rated essential service issuances showed strength amid mounting concerns on the condition of state and local government finances.

With additional stimulus a priority for the Biden administration to stem the devastating effects of the pandemic, state and local governments are expected to see relief in the near-intermediate term. A government united under one party certainly increases the odds that the federal government will extend direct aid to cities and states. Thus, the outlook for US states and cities has improved dramatically since the onset of the pandemic, also due to support provided by the first stimulus package in March. Although there has not necessarily been significant direct aid to municipalities, the initial stimulus and most recent aid package in December are helping states and cities keep their economies afloat and preventing tax collections from being reduced as much as initially anticipated. According to Moody’s Analytics, between $80-100 billion direct aid would cover the projected shortfall facing states and local governments through mid-2022, a projection that has declined steadily over the last several months.

Municipal bonds once again outperformed Treasuries in December, propelled by improving sentiment and growing sense that further relief is imminent. According to the Investment Company Institute, investors added $3.47 billion to municipal bond mutual funds and ETFs during the last week of 2020, the highest weekly total since July. This inflow was also well above the $2 billion average inflow the municipal market experienced since April 29, the last week with a net weekly outflow.

On the supply side, municipalities set an annual record in 2020 with $475.5 billion in issuance, according to SIFMA. Of that amount, $137.8 billion was of the taxable variety, which was the largest year in taxable municipal issuance since 2010. With municipal yields near all-time lows, we expect borrowers seeking to advance refund their debt to continue driving this trend of increased taxable issuance.

Against this backdrop, municipal yields declined slightly across the yield curve in December, between 1-3 basis points across various maturities. The 10-year AAA municipal benchmark yield closed 2020 at 0.69%, down sharply from opening the year at 1.36%, but above all-time lows reached in August near 0.5%. The shape of the municipal yield curve did not change in December. Using the spread between the 2-year AAA yield and 10-year AAA yield, the curve flattened 1 basis point from 0.56% to 0.55%. A developing story is the sharp increase in valuation of municipal bonds to close out December. On the longer end, the 10-year AAA muni to Treasury ratio closed 2020 at 75%, right around where it began the year. However, this ratio reached over 200% in March when spreads blew out at the onset of the pandemic. This ratio has typically maintained historical average around 80-85%, but we expect it to remain below this long-term average due to supply imbalances between the two markets. In the near-term, scarce visible supply of municipal bonds should keep a lid on yields of new issuances. Specifically, Bloomberg projects approximately $25.4 billion of bonds to be called or mature in January 2021 and closer to $20 billion projected for January issuance. There are a few factors at play here. First, January tends to be a historically lighter month for issuance. More importantly and specific to the pandemic, a lot of early 2021 bond sales were likely pulled forward because of pre-election jitters. In addition, state and local governments are likely to have more clarity about the pace of vaccine distribution and real economic reopening more towards the middle of 2021 which should build confidence and fuel additional borrowing. We expect these favorable supply and demand technicals to support the municipal market in the first few months of 2021.

Investment grade corporate bonds eked out a gain in December to finish 2020 as the best performing domestic fixed income sector. Corporate bonds gained 10.97% for the year as measured by LQD, the iShares Investment Grade Corporate bond ETF. On the other hand, high yield bonds were the worst for 2020 overall as investors placed a premium on credit quality.

Corporate bonds experienced a remarkable run up from the March low. As was the case throughout 2020, corporate bond outperformance was driven significantly by a notable tightening in credit spreads across the yield curve. Using the 10-year corporate spread as benchmark, corporate spreads tightened about 0.08% to 0.92% overall, setting another all-time monthly and annual closing low at the end of December. For 2020, corporate spreads closed about 0.16% tighter than the end of 2019 after peaking around 3.00% at the height of uncertainty in March. The improving global economic outlook (catalyzed by the vaccine) has continued to push spreads to even tighter levels.

With support from the Fed’s credit facilities, corporations borrowed approximately $2.3 trillion in 2020 according to SIFMA, a whopping 60% increase over the 2019 figure and shattering the previous record from 2017 around $1.7 trillion. Similarly, a strong month of issuance of high yield bonds in December brought the 2020 total to approximately $420 billion, a 51% increase over the 2019 total. This high yield issuance also set an annual record, eclipsing the previous mark set in 2012 of $330 billion.

Looking ahead to 2021, issuance will undoubtedly slow from 2020’s record pace as interest rates in the marketplace are anticipated to rise along with massive borrowing from the Treasury. A recent Bloomberg survey among dealers forecasts supply of about $1.3 trillion for 2021, which would be more in line with the longer-term average for corporate borrowing. However, obligations earmarked for mergers and acquisitions (M&A) are projected to increase after a record $187 billion of acquisitions came globally in December. According to CreditSights, issuance for M&A made up 5% of 2020’s high grade supply, while the average was 15% over the prior five years. Four acquisition deals, totaling close to $20 billion, were already announced in the first week of January

Despite a strong rebound in corporate bond prices, credit deterioration still remains a concern for many corporations. December 2020 saw 16 large companies file for bankruptcy protection in the United States. This brings the total for Q4 2020 to 44 by companies with over $50 million, the worst 4th quarter since 2009. Investors must be cautious going forward as spreads can be expected to widen if the economic recovery stumbles.