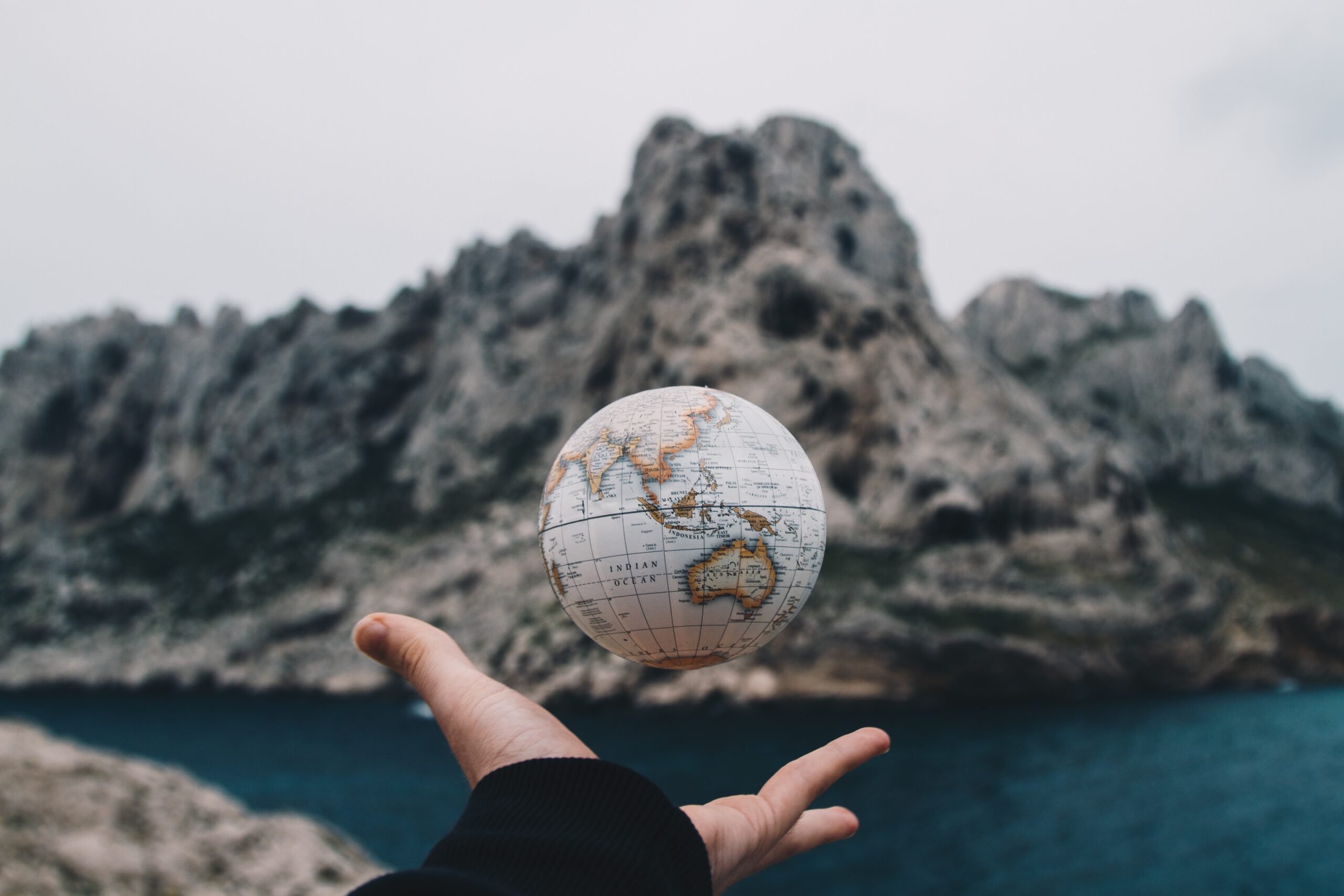 US Treasuries:  US Treasuries stumbled out of the gate in January despite increased volatility in equity markets. Interest rates rose across the Treasury curve as additional stimulus and inflation remain in focus. The Federal Reserve Open Market Committee met at the end of January and made no change to their policy approach.

Municipals:  Municipals gained during January, the only domestic fixed income sector that achieved positive return during the month. A Democratic sweep in the Georgia Senate races boosted the odds of higher taxes under the new administration, leading to significant inflows to tax-advantaged municipal bonds. Municipal yields ratios versus equivalent Treasuries reached new all-time lows as a result of these notable inflows.

In early January, equity markets continued their impressive gains from 2020.  Optimism about the incoming Biden administration and improvements in the outlook for the economic recovery also caused interest rates on Treasuries to rise.  However, the equity-market uprising in a select group of stocks, including GameStop and AMC, caused global markets to sell-off at the end of the month. Rising concerns about smooth functioning and orderly markets spread fear and Treasuries rallied on these headlines in the last week of January.

For January, Treasury prices declined in the intermediate and long portion of the Treasury curve. Those bonds lost 1.09% as measured by IEF (7-10 year Treasury ETF). The benchmark 10-year Treasury yield increased 0.15% to 1.07% in January. A couple key stats here: 1) This yield is double the all-time closing low of 0.5% reached in August 2020 and 2) This was the highest end of month close since February 2020, when the benchmark yield closed at 1.13%. We believe this is a key level to watch as the world emerges from the pandemic and the recovery continues to take shape. Nonetheless, investors are still seeking safety in short-term Treasuries during periods of volatility as the 2-year Treasury yield reached an all-time low of 0.11% by the end of January.

The Federal Reserve Open Market Committee held its first meeting of 2021 in the last week of January. During post-meeting comments, Fed Chair Jay Powell indicated that the path of the economy will depend significantly on the course of the virus, including progress on vaccinations. He further acknowledged that the economy has a long way to go before returning to full strength – inflation remains shy of the Fed’s 2% target and the unemployment rate is double where it was versus a year ago. With these two crucial inputs to Federal Reserve policy still signaling economic weakness, the Committee maintained its key policy rate at 0% and emphasized an accommodative policy stance as it has since the beginning of the pandemic in March 2020.

With the Fed’s key policy rate anchored at 0% for the foreseeable future and growing confidence in the recovery nudging up longer-term interest rates, the Treasury yield curve continues to steepen. Using the difference between the yield on the 2-year Treasury and 10-year Treasury as a benchmark, the curve steepened from 0.79% to 0.96% in January. This is the highest monthly close of that key spread in almost four years. By this measure, the Treasury curve has been in a prominent steepening trend since mid-summer 2020. We expect this to continue as monetary and fiscal aid from the Fed and Congress supports the economic recovery.

Municipal bonds opened 2021 with a relatively strong January, finishing as the only domestic sector with positive returns. The sector gained 0.34% for the month, as measured by MUB, the iShares National Municipal Bond ETF. Municipals outperformed Treasuries, propelled by improving sentiment, after surprising results in the Georgia Senate runoffs that saw Democratic victories in both Senate seats. While we do not expect increasing taxes in the current economic environment is a priority for the Biden administration, these election results put the tax conversation more in focus than it was previously. Municipal bond investors, who tend to flock to the asset class for its embedded tax advantages, reacted positively to the news and the sector experienced significant inflows during January.

According to Lipper US fund flows, investors added $2.79 billion to municipal bond mutual funds and ETFs during the last week of January. Average inflows for the month were well above the $2 billion average inflow the municipal market has experienced since the current streak of weekly inflows began in April 2020.

After municipalities set an annual record in 2020 with $475.5 billion in issuance, January’s new municipal supply slowed notably. Specifically, about $25.3 billion was issued in January, which projects to about $300 billion over the course of the year at the same monthly pace. While January is seasonally a slower month for issuance, record high valuations in the municipal market have investors rooting for a surge in supply that would push down prices.

Nevertheless, a continuing development in the municipal market is the sustained clip of taxable municipal issuance.  January 2021 saw about 30% of January’s municipal  issuance of the taxable variety, matching the same ratio for the entirety of 2020. The five year period from 2015-2019 saw an average 9.4% of annual municipal issuance in taxable bonds. Given extremely low interest rates in municipal bonds, we expect borrowers seeking to advance refund debt to continue driving this trend in increased taxable issuance.

With the ongoing supply and demand tug of war, municipal yields (both short and longer-term) were mostly unchanged in January. The 10-year AAA benchmark yield finished January at 0.7%, up 1 basis point from the 2020 closing. Yields on the intermediate portion of the municipal curve, specifically 5 and 7 year maturities, inched closer to all-time lows. Coupled with the upward move in US Treasury interest rates in January, municipal valuations surged to approach all-time highs versus comparable Treasuries by the end of the month. 5-year AAA municipal yields are now 50% of Treasuries of equivalent maturities and 10-year AAA municipal yields are now 65% of the benchmark 10-year US Treasury yield.

The long-term average for this ratio for 10-year maturities is closer to 80-85%. By most absolute and relative valuation measures, municipal bonds are fully priced. With tax policy expected to remain in the conversation, we anticipate that municipal valuations will remain elevated unless there is an overwhelming increase in new supply or significant credit pressure in the entire municipal market.

After delivering the best returns of any fixed income sector in 2020, corporate bonds declined notably to start the new year. Credit spreads, which were a significant driver of outperformance last year, widened across the corporate bond yield curve. Using the 10-year corporate spread as a benchmark, corporate spreads increased 0.03% to 0.95% overall. This measure closed 2020 at an all-time low, but rose slightly off that level by the end of January.

Similar to municipal bonds, by several absolute and relative valuation measures, corporate bonds are fully priced. The initial distribution of the vaccine has boosted the global economic outlook which we believe supports investor sentiment in corporate bonds. Investors are hoping to see more evidence of this strength as corporate earnings season gets underway in February.

After a year which saw record corporate issuance near $2.3 trillion in 2020, corporate borrowing started the new year with $163 billion in January, per SIFMA. While this is slightly behind the $190 billion monthly average from 2020, credit markets appear healthy and corporations anticipating an increase in borrowing costs down the line are eager to take advantage of the current environment. Sentiment is the same among high yield borrowers, who issued $52 billion in January, well above last year’s monthly average of $35 billion. Rising oil prices continue to be supportive of the high yield market, which is largely comprised of energy companies.