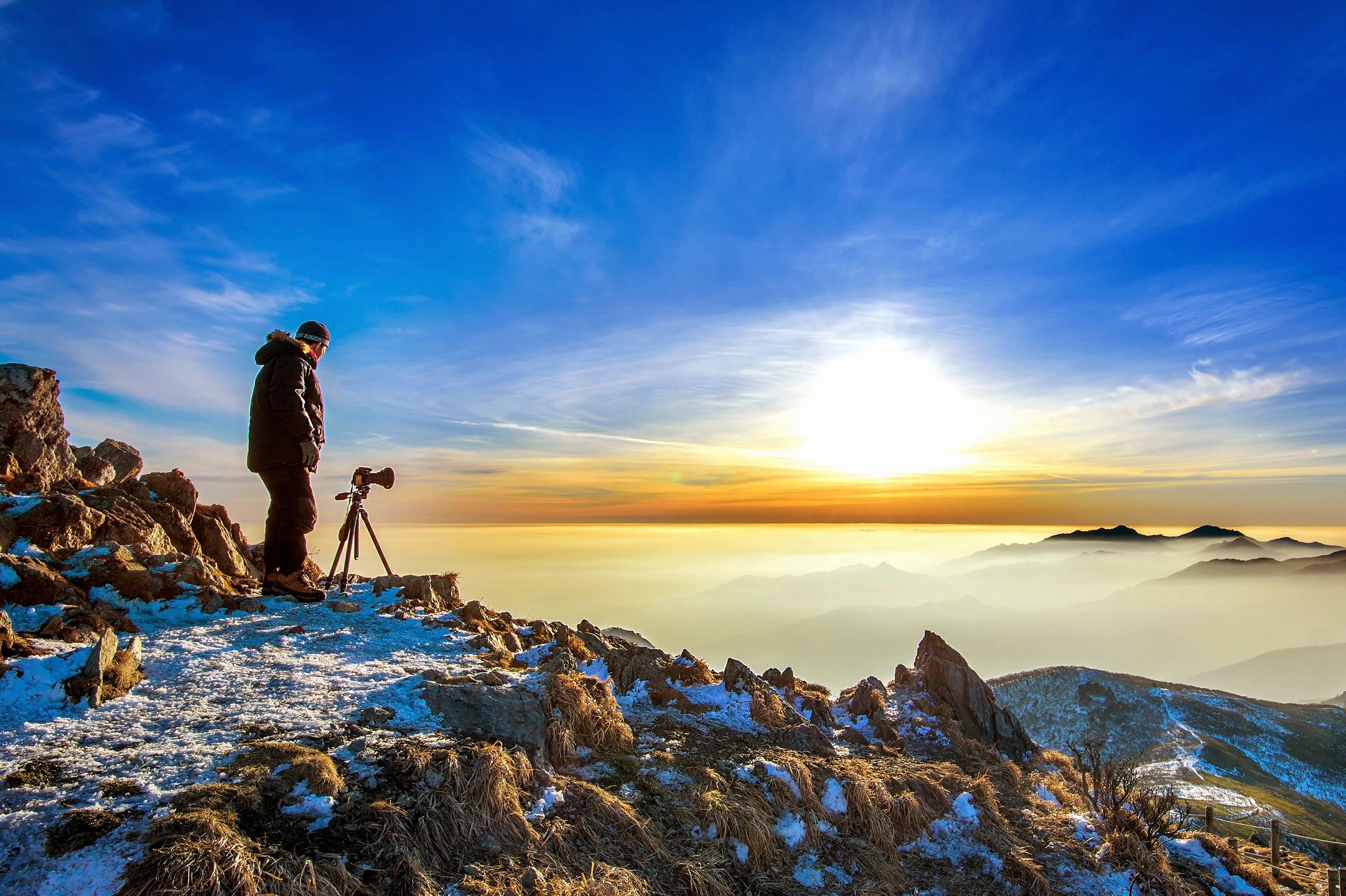 US Treasuries – Treasuries surged in March, aided by the Federal Reserve’s decision on March 20th when the committee indicated that they would not raise the Fed Funds Rate for the remainder of 2019. Yields declined across the board with the intermediate portion of the curve experiencing the largest move down. Significant flattening occurred during the month and this topic will be at the center of economic discussions over the next few months as recession fears permeate.

Municipals – Municipals maintained their winning streak, generating their strongest month since December 2016. Issuance is expected to increase significantly as a result of the Fed decision, as municipalities look to take advantage of the projected extended period of lower borrowing rates. Municipal yields on longer maturities experienced the largest move downward, a change from previous months, and investors were rewarded for taking on duration risk in municipals.

Corporates – A pause in the equity market rally did not deter corporate bonds from strong gains along with other fixed income markets in March. Foreign demand supported the corporate bond market and has been a growing trend in 2019. Corporate bonds led the pack among domestic fixed income sectors during the month. Corporate spreads relative to equivalent Treasuries tightened in March, extending the streak to 3 consecutive months.

Bonds across the board rose in price during March, with corporates and Treasuries the best performing sectors. High yield, the best performer thus far in 2019, took a breather and lagged during March, as equity markets simmered. Municipal bonds, despite being the smallest gainer year to date, stretched their win streak to 5 months after gaining 1.48% in March, currently the longest positive streak for any sector. Intermediate Treasuries, as measured by IEF, earned 2.66% for the month, equaling their performance during December 2018 when equity market stress led to a flight to quality in Treasuries. Despite the equity market rebound, all sectors delivered strong performance in the first quarter as lingering growth concerns drove interest rates down.

Treasuries got back in the win column during March, with prices rising as yields plunged across the curve. The 10-year Treasury yield closed March 1 at 2.75%, yet never closed higher and continued to decline throughout the month, eventually finishing at 2.40%. The benchmark yield has now fallen 84 basis points from its closing peak during this cycle of 3.24% on November 8. This is the lowest the 10-year Treasury has closed a month since December 2017.

Stocks shot out of the gate during the first 2 months of 2019, and Treasury performance was roughly flat through February. A lull in equity markets, combined with explicitly dovish sentiment from the Federal Reserve contributed to the positive performance in the Treasury market during March.

Specifically, the Federal Reserve announced at its March 20 meeting its decision to leave interest rates unchanged. In addition, the committee dialed back projections for further hikes in 2019, as inflation remains tame and economic growth slows. Concerns over economic growth, both from the Federal Reserve and IMF among others, were confirmed in the most recent US GDP data that was reported on March 28. The third estimate for Q4 2018 GDP showed 2.2% annualized growth rate, lower than the 2.6% initial reading and below projections, as consumer spending disappointed.

The committee updated their economic projections and reduced the number of expected rate increases to 0. The original expectation had been for 2 rate hikes in 2019. The interest rate futures market agrees with this projection and is now pricing in a 74% chance that the Fed actually cuts rates by the end of 2019. Thus, as equity markets continued their choppiness from the previous several weeks, fixed income markets rallied since the meeting on this news.

The Fed also delivered further clarity on its balance sheet normalization process. The committee will continue to let maturing Treasuries and mortgages roll of their balance sheet, gradually tapering the amount each month and will put a halt to that process in September. The balance sheet currently totals $3.97 trillion. Fed Chair Powell indicated that the balance sheet’s total size will be reduced to $3.5 trillion, or approximately 17% of GDP, and will be composed mostly of Treasuries.

The Treasury yield curve flattened during March, with the 2-10 spread inching down to 0.14%, down 0.06% from last month. This flattening was even more pronounced in maturities 1 year and less, all of which are higher than the yield of the 10-year Treasury. In fact, the difference between the 3-month and 10-year Treasuries went below 0 for the first time since July 2007. This phenomenon has developed over the past month and is the result of declining growth projections affecting the long end of the curve despite the Fed pause. Treasury yields on the short-end are widely expected to remain near their current levels until the Fed’s next policy move.

The end of March wraps up an impressive month and quarter for municipals, a sector usually characterized by steady returns. Municipals posted gains of 1.48% in March and 2.42% during the first quarter. These performance numbers mark the best month since December 2016 and the best quarter since Q2 2016. Municipal yields declined across the board, with the yields on longer maturities experiencing the biggest movement. The 10-year AAA Muni benchmark yield closed the month at 1.885%, the lowest yield since September 2017. Since the 2018 peak of 2.809% on November 8, this yield has declined almost 100 basis points.

Municipal issuance continues to be strong over the first few months of 2019, boosted by the Federal Reserve decision. In the final week of March, $9.2 billion dollars in municipal bond sales were scheduled, the most in a week since December according to Bloomberg. This new issuance is expected to be met with strong demand as investors have poured an average of $2 billion per week into municipal-bond mutual funds in 2019. The demand should continue to be supported by the new limit on state and local tax deductions, which has left residents of high tax states like New York and California hunting for ways to drive down their taxable income. This should continue to play in favor of municipals, a sector which typically experiences seasonal weakness during tax season for investors looking to strategically take tax losses.

Municipals continue to be expensive from a relative value perspective as 10-year AAA muni yields hold near their lowest level against Treasuries on a percentage basis since 2001. Municipals with longer maturities, both on a nominal and relative basis, experienced the biggest change in valuation during March. Conversely, municipals with shorter maturities reversed their recent trend and became slightly more expensive versus equivalent Treasuries.

Similar to Treasuries, the municipal curve flattened during the month. In the case of municipals, this flattening was more pronounced, due primarily to the fact that municipals have much more spread between short and long-term yields. The 2-10 spread in municipals still sits about 23 basis points larger than Treasuries, with the 2-30 spread still 65 basis points larger than Treasuries. Thus, if the recent trend continues, value in the municipal market can be discovered by investors willing to extend duration, and who were rewarded for doing so in March.

Global equities took a breather in March, but corporate bonds bounced back after a down month and were the best performing domestic fixed income sector. Corporate spreads versus equivalent Treasuries declined in March, a big contributor to the robust relative outperformance of corporates. Using the 10-year spread as a benchmark, corporate bonds are yielding 1.36% more than Treasuries. For context, this spread was 1.59% at the beginning of the year, as shown in the table above. High-yield bonds turned in another positive month, and returned 7.59% thus far in 2019, continuing to lead domestic fixed income sectors. The global high-yield bond index reached another all-time high in March. Rising oil prices and diminished issuance continue to support this market. Moreover, US corporate debt and high-yield both posted their best quarters since 2009, when markets recovered from the financial crisis.

Foreign investment in the US credit market is boosting returns in 2019. This continues with the persistent search for yield among global investors, as bond yields around the world continue to sink. Overseas investors are getting pushed into US corporate debt by low returns at home as central banks globally and the IMF have cut growth forecasts. German 10-year yields recently went negative again, joining Switzerland and Japan as countries with 10-year bonds paying negative nominal yields. A recent report from Bank of America indicated that overseas buying in 2019 more than doubled from the same time in 2018. In addition, Japanese purchases of foreign debt are off to their strongest start since 2012. US yields, by comparison, continue to offer attractive returns among countries with investment grade credit ratings.

Another recent development in the corporate market is the relative value of BBB corporates, the lowest of investment grade bonds. These bonds have lagged since the beginning of October, when the corporate market started to weaken and experience stress. At the end of 2018, credit investors had anticipated ratings downgrades across the board as the credit cycle appeared to be nearing an end. These concerns have subsided temporarily, despite projections of slowing economic growth and a looming recession. However, the spread between BB corporate yields and BBB corporate yields has declined sharply this year. According to Bloomberg Barclays index data, the spread now sits at approximately the same level as in October 2018. Thus, value in the corporate market exists in BBB bonds, if the fears about widespread contagion and credit downgrades prove to be overblown.